Maria Lassnig (1919–2014) is internationally recognized as one of the most important painters of the 20th and 21st centuries. The leitmotif of her painting, the act of rendering her body awareness visible, found additional expression in film in New York in the early 1970s. While several of these films have long since been part of her canonical works (e.g. Selfportrait, Iris, and Couples), many remained unfinished. These "films in progress" can be regarded as autobiographical notes as well as an artistic experiment featuring many of Lassnig's recognizable subjects and methods. In 2018, this filmic legacy was restored and in many cases completed according to her original concept and instructions by two close collaborators, artists Mara Mattuschka and Hans Werner Poschauko.

This publication, available in English and in German, provides the first comprehensive index of Lassnig's film works, offering insight into the filmmaker's world of ideas through a wide selection of her own, previously unpublished notes. It includes contributions by James Boaden, Beatrice von Bormann, Jocelyn Miller, Stefanie Proksch-Weilguni, and Isabella Reicher and extensive conversations on the rediscovery of Lassnig’s fascinating films.

The enclosed DVD contains a selection of the "films in progress." 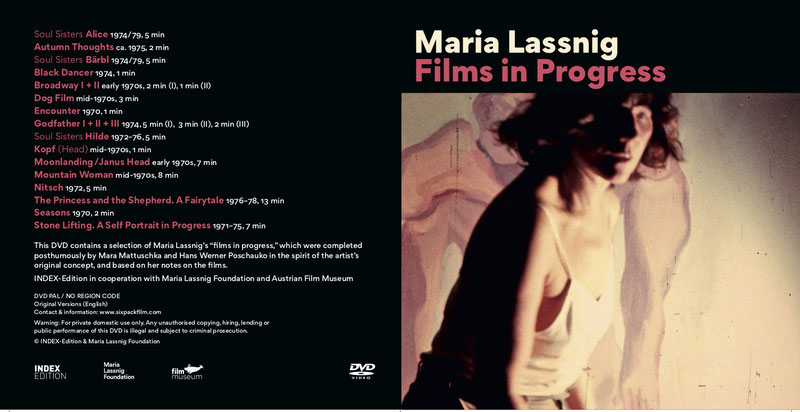 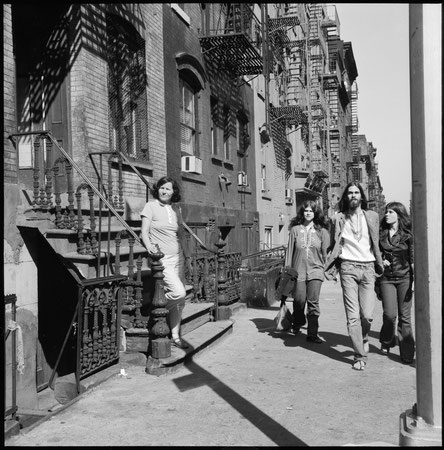 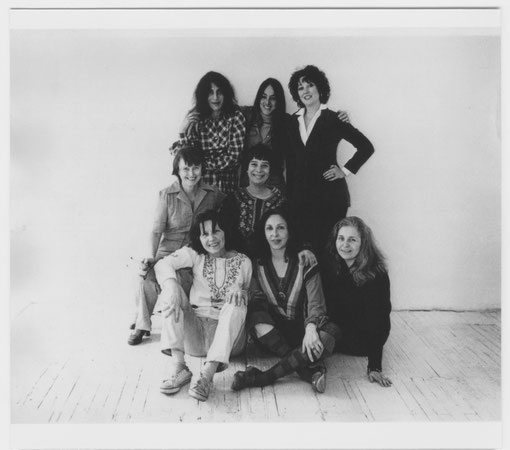 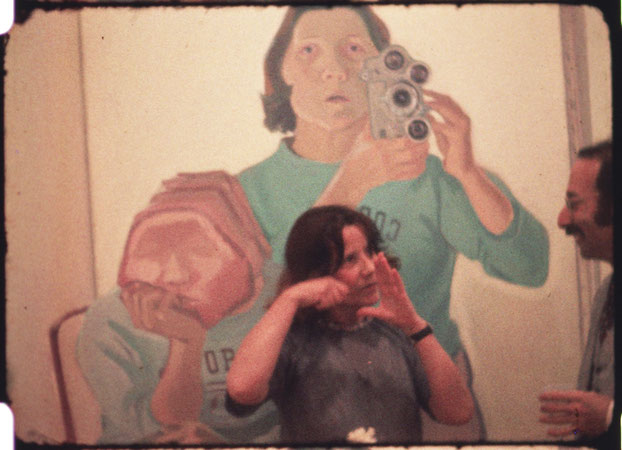 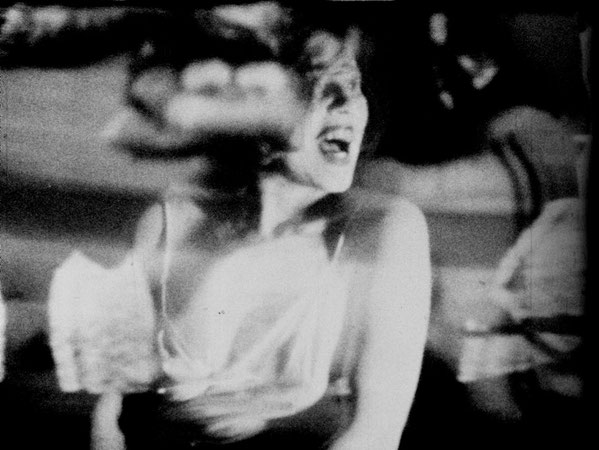 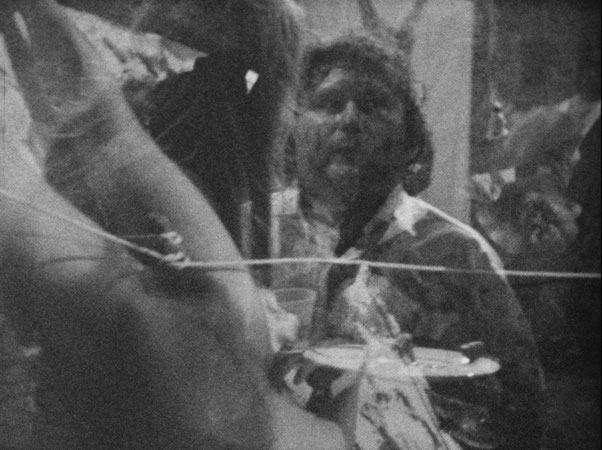 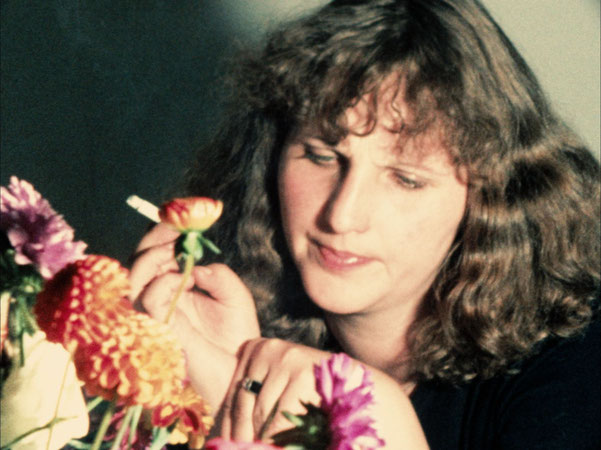 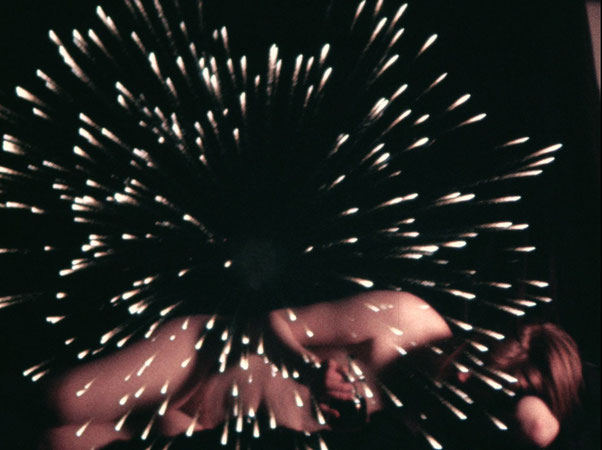 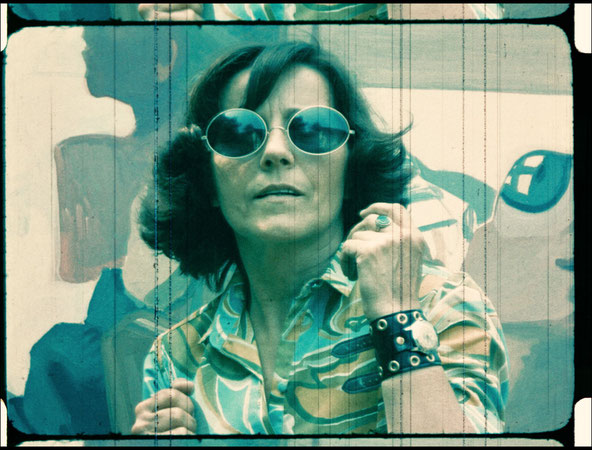 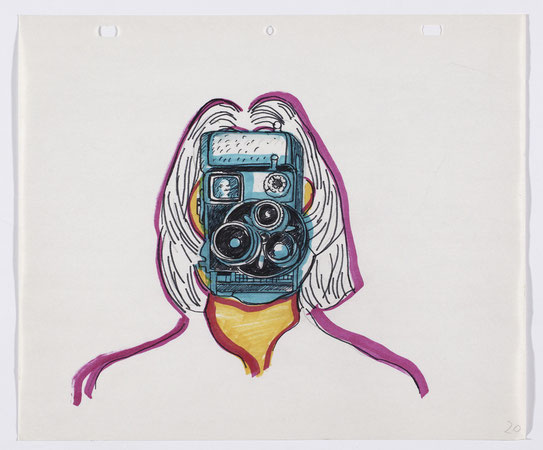 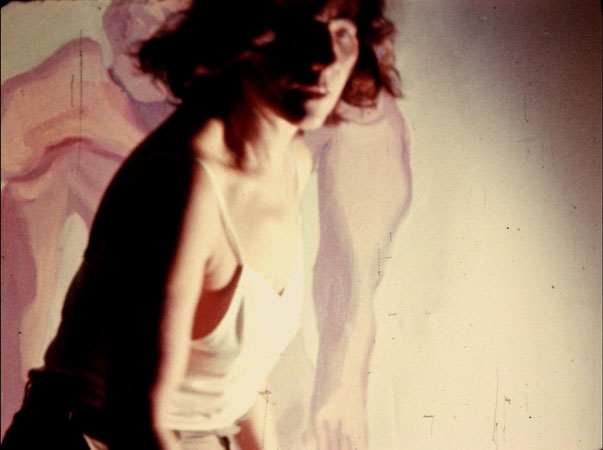 *1919 in Kappel am Krappfeld, † 2014 in Vienna. Graduate of the Academy of Fine Arts in Vienna. Since 1950 international exhibitions and awards. Together with Arnulf Rainer and Oswald Oberhuber founded informal painting in Austria; founder of the art of body painting. Lived abroad in Paris (1961-68) and New York (1968-1980). Since 1970, makes films, she created autodicdacticly according to her own drawings on a self-invented work desk (not an animation desk). 1979 DAAD scholarship to go to Berlin. Member of Women/ Artist/ Filmmakers, Inc. New York (1974-80). 1980-90 professor of the master class for Experimental Design at the College of Applied Arts in Vienna. 1982 founded the only Austrian teaching studio for animated film. Österreichischer Staatspreis (Austrian state award) for painting (1988). Member of the Austria Filmmakers Cooperative.

This publication is a collaboration between Austrian Film Museum, Maria Lassnig Foundation and INDEX-Edition, a sixpackfilm project.

In May 1979, the Austrian Film Museum screened a program of Maria Lassnig’s “animated films” for the first time—and what would, for a full four decades at least, also turn out to be the last. It was a roundabout route that brought her work to the “Invisible Cinema”: the International Forum of New Cinema (today’s Berlinale Forum) showed this selection of seven films (her complete film oeuvre known at the time ran to nine titles, which she had produced in New York in the 1970s) at the Berlinale and afterwards in Vienna.
This episode illustrates the frequent lack of attention given to Lassnig’s cinematic work during her lifetime, even after she was able to establish herself as a painter of international standing in the 1980s.
What was the reason for this? On the one hand, it undoubtedly had a lot to do with Lassnig’s tendency to radically reposition herself on a regu- lar basis and thus regard her previous engagement with specific forms, colors or means of expression as having been brought to a conclusion. When her New York period came to an end, she didn’t just pivot away from (animated) film as an important medium for expression and representa- tion, she also left behind many living and working contexts of the time, which ranged from collective cultural work to political feminism.

The films literally ended up in her loft, with the exception of one com- pilation reel of her “canonical” works, that is, those regularly screened and distributed in her lifetime (and which have been receiving greater critical attention since the 2000s). It was only after her death in 2014 that the Maria Lassnig Foundation and her former students Mara Mattuschka and Hans Werner Poschauko were to unearth, restore, and exhibit this cine- matic legacy. How this came about and its significance in reappraising Lassnig as a moving image artist is being comprehensively documented in this publication for the very first time.

Alongside such biographical aspects, other factors also played a role in Lassnig’s cinematic oeuvre receiving such little attention, not least in Austria. As someone who had emigrated from and subsequently returned to her home country, she was not part of the Viennese cultural scene for nearly two decades and was active as a filmmaker almost exclusively in the US. There too, she worked outside of the New American Cinema and structural cinema movements given such great attention in Austria; this was accompanied by a systemic disdain for female filmmakers and the generally neglectful treatment of animated film that stretched all the way into the 1990s. Lassnig’s filmmaking: an underappreciated figure in the canon of international avant-garde and experimental film history, as Peter Tscherkassky stated in an essay only eight years ago, in 2012.1

The restoration of the films, their presentation at museums, cinema- theques, and festivals, and the publication of this book with a supplemen- tary DVD are all serving to redress the balance. For Lassnig, film was by no means just a past time or an excursion into low or popular culture. Like other 20th century artists, she embraced film as a unique means of expression. As the artist herself put it, while it is only ever the final layer of a painting, that is, the “finished” image, that remains, film allows the unfolding of time itself to be depicted, frame by frame, film image by film image.2

Yet Lassnig’s film work is hardly just “painting in time,” as the essays published here by James Boaden and Stefanie Proksch-Weilguni as well as the film (and project) descriptions by Beatrice von Bormann, Jocelyn Miller, and Isabella Reicher all make clear. Her work reflects her engagement with the medium, its history, and its narrative techniques, ranging from Holly- wood cinema via American independent film and animation all the way to television. And in aesthetic terms too, Lassnig rejects any sort of orthodoxy. Much as she did in her drawing and painting, she made a range of creative techniques her own and explored their full potential: from hand-painted film to cut-out animation, and from studio shoots to handheld documen- tary camerawork. She arranges complex double exposures in camera, uses the optical printer, and supplements the visual worlds created in this way with soundtracks that run the full gamut from voiceover narration via elec- tronic sound creations to tape recorder experiments. In so doing, she breaks with all manner of existing categories and attributions—as a woman and as an “alien,” both within the film scene as well as within 1970s America.
We believe it is Lassnig’s bold interdisciplinarity with which she de- voted herself to film and the possibilities of new (feminist) artistic produc- tion that explains the considerable response to her oeuvre. What one can now discover and explore is an entirely corporeal, tactile, personal cinema which equally bears witness to the social and political struggles of the time at which it was made.

Our interest here thus isn’t restoring Lassnig to some cinematic canon (which one would that be anyway?). We are rather driven by the sheer joy of archaeology: the present volume explores Lassnig’s filmmaking both from the maker’s point of view (her sketches and notes on her film work which are published here in extracts for the first time, the reprint of her text “Animation as a Form of Art”) and in the context of Women/Artist/ Filmmakers, Inc., animated films, the major political fault lines of the USA of the time, but also the salvaging, restoration, and completion of her un- finished film oeuvre over the last years. For we would ultimately like to whet the appetite for the films them- selves, their projection and reception. The complete filmography and the included DVD are meant to supplement the cinema experience, the in- tended, most beautiful way of experiencing Lassnig’s film art: in the cinema auditorium—on 16mm, or, in the case of the “films in progress,” digitally—alone while in the company of strangers.

1 — See Peter Tscherkassky, “There must be something in the water...,” in Peter Tscherkassky, ed., Film Unframed (Vienna: Synema, 2012), p. 25.
2 — According to Hans Werner Poschauko, Lassnig repeatedly made reference to this analogy between film and painting in other contexts too.