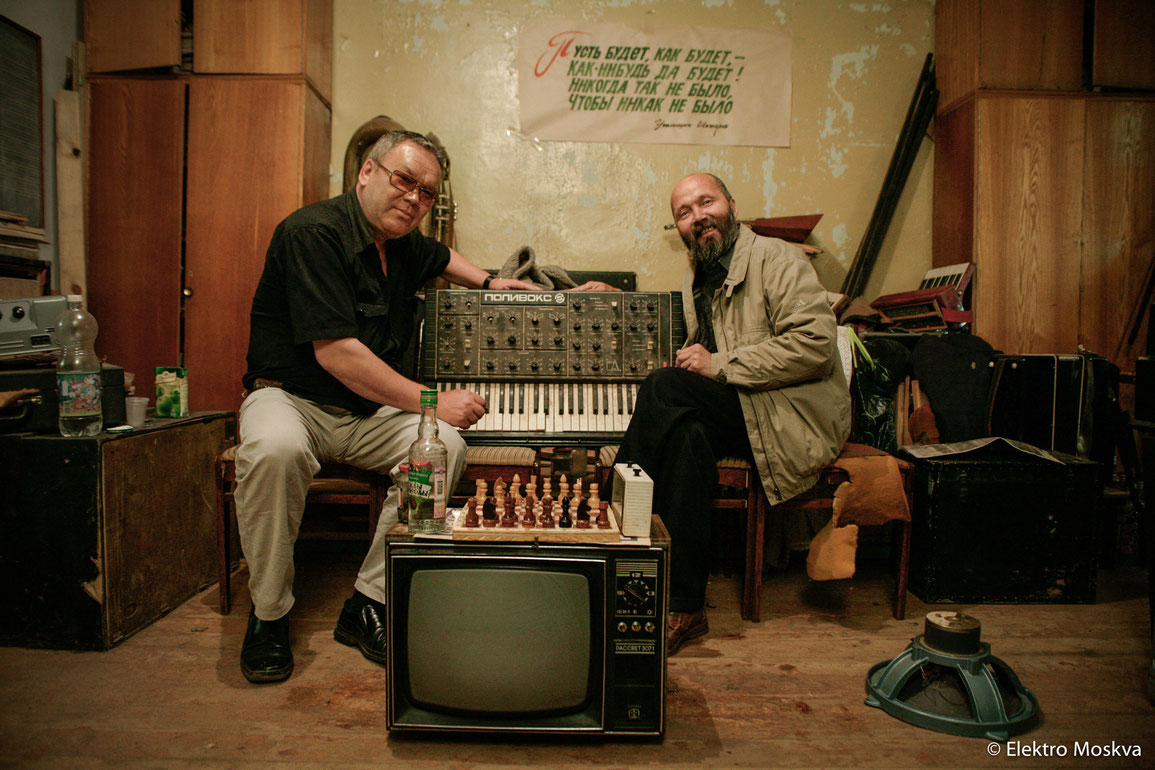 Bartok brings his years of film curation and programming to the new venture, which aims to give obscure foreign and indie titles a more lasting life on the art house theatrical circuit and on home video. "I´m spending sometimes months, years to track down obscure fringe genre by Jean-Pierre Melville or Japanese genre films," he told me. "Sometimes I track down a print that screens once, then we have to fly them back. We´re not exploring the full potential of these movies, the new films and the older films that slip through the cracks of film history."

Elektro Moskva — Documentary, 89 min., Austria. Welcome to a weird and definitely wired world of musicians, DIY circuit benders, vodka-swilling dealers and urban archaeologists/collectors, all fascinated with obsolete Soviet-era electronic synthesizers: primitive and ungainly beasts like the Polyvox, ESKO, Yunost and the fabulous ANS Photo-Electronic Synthesizer, a surreal device that translates abstract drawings into sound. This strange universe of "cosmic chill-out tunes", Space Age dance music and electronic chirps & tweets has been rescued by directors Elena Tikhonova and Dominik Spritzendorfer in this fascinating & cheeky documentary incorporating rare archival footage including the last 1993 interview with famed inventor Leon Theremin. In a bizarre twist, many of these instruments were a by-product of the Soviet military, created in the off-hours by scientist/inventors cobbling together spare transistors and wires — including Theremin´s Rube Goldberg-esque "Rhythmicon" from 1932, the world´s first rhythm machine, described by a museum curator as "space wreckage". A new generation of avant-garde and rock musicians has embraced the unpredictability and chaos of these instruments: as "Benzo" (aka Richardas Norvila) admiringly says, "On a Western device, you push a button and get a result … On a Soviet instrument, you push a button and get something". Rooting through discarded storage units for cracked and yellowing keyboards, pulling apart cheap toys and re-wiring their inanely cheerful voice boards, these guerilla circuit benders are creating new cosmic sounds from these forgotten "instruments with expanded abilities". In Russian and English, with English subtitles. A selection of the Rotterdam Film Festival.