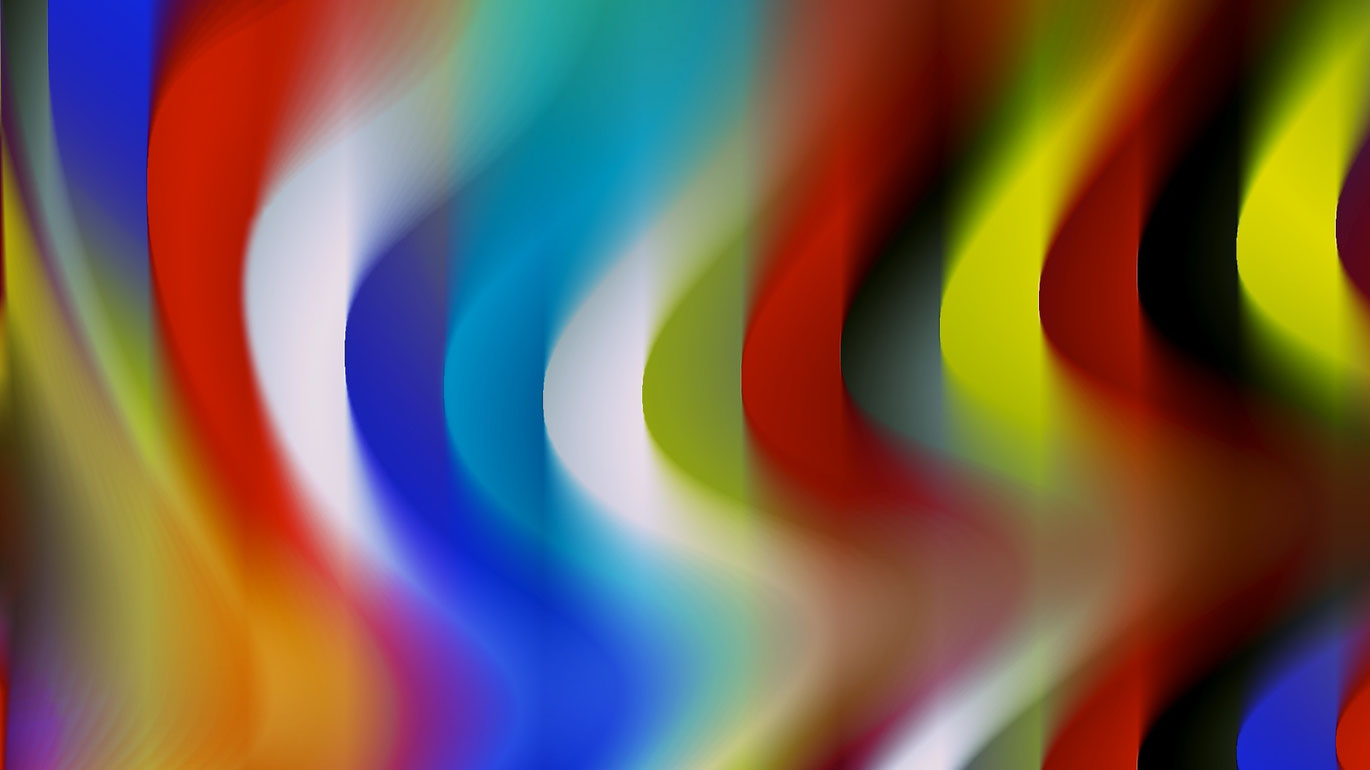 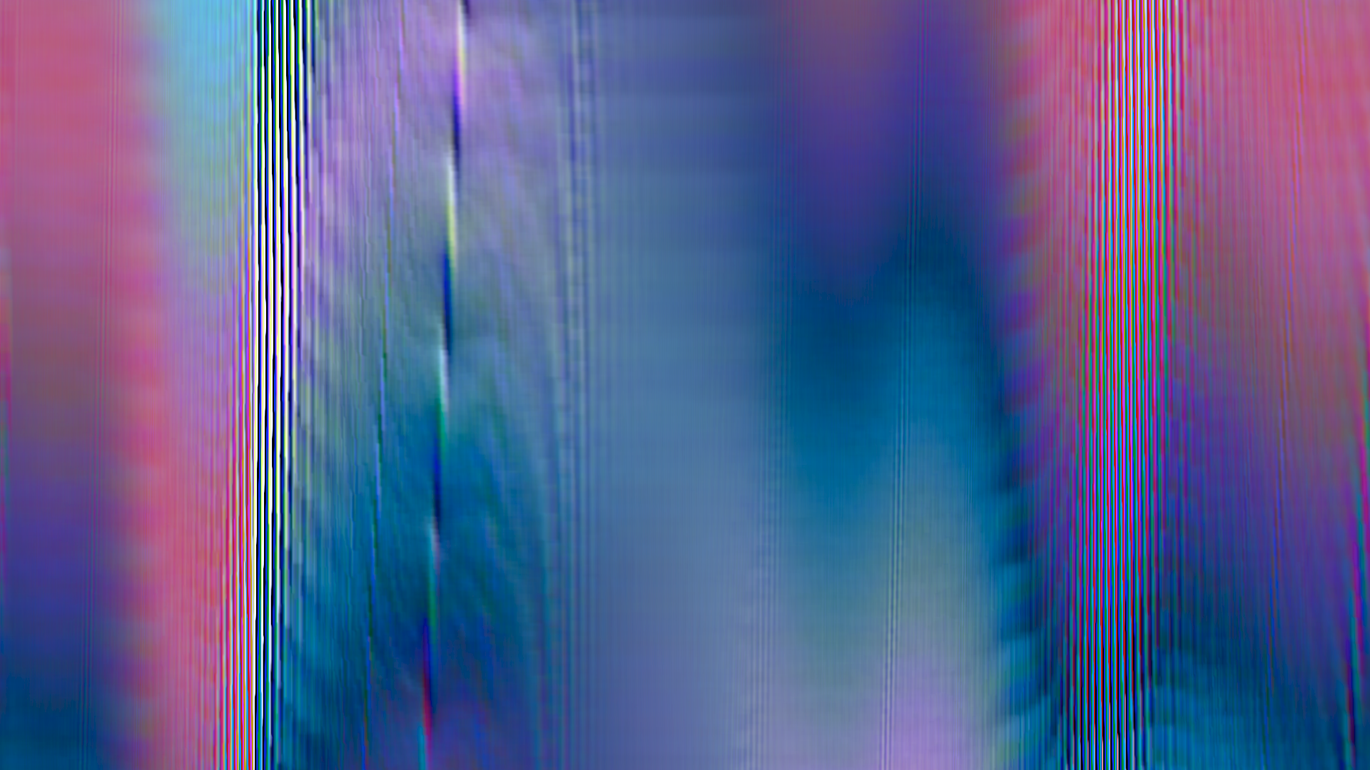 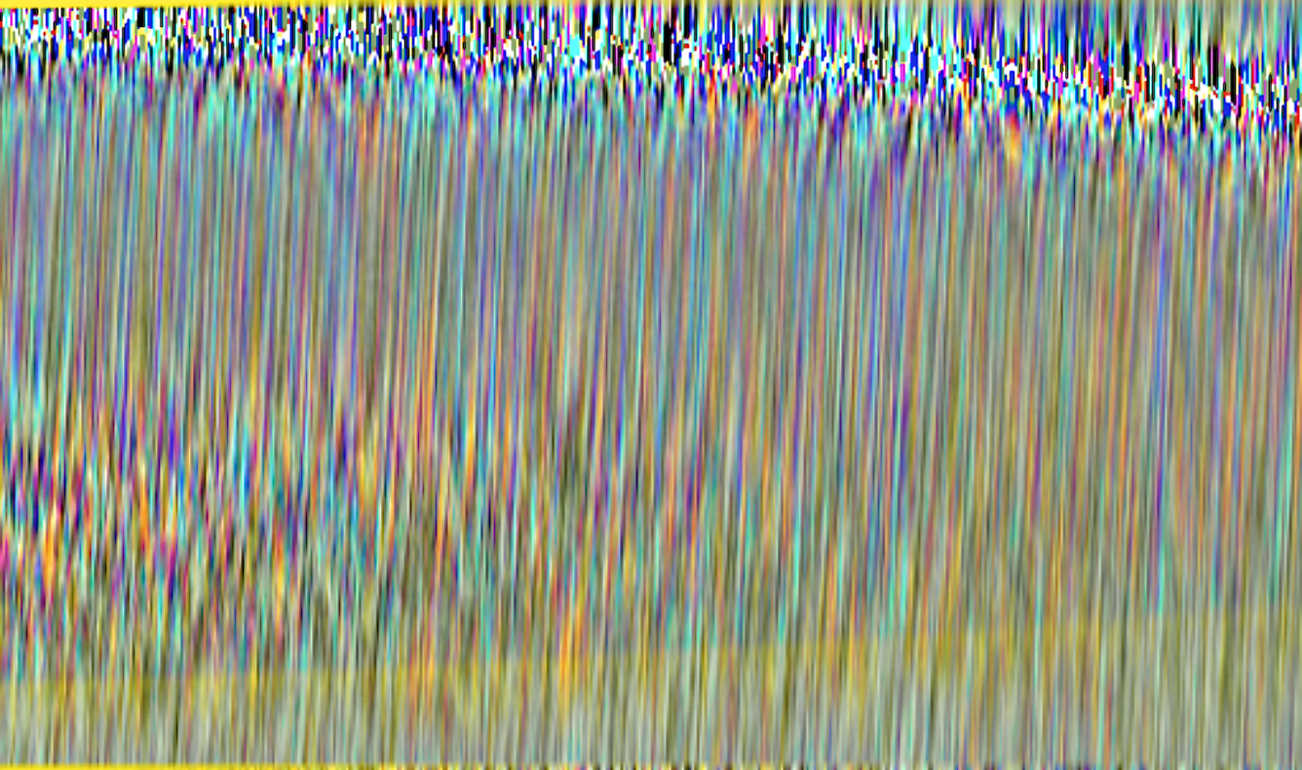 The trip, which humming, fast and slow conclusively proves to be, begins with a gray-white flickering. A high-frequency sound joins in, pulsating with the same intensity. The screen divides, then does so again and again, until the image—arranged into iridescent stripes—comes more and more undone in quivering dynamics. Other high-frequency sounds superimpose the already audible ones, or replace them, while colors emerge from the flickering gray—first only in traces, but then becoming increasingly dominant and brash. Red, yellow, blue, in addition to black-and-white, in the same way as the color palette of every screen develops, but in such a fierce and abrupt change that clear color values are only occasionally recognizable. In the end, curves start to occur in the hitherto strict geometry—to such an extent, that the bars, previously structuring the image, dissolve into wavy, spatial patterns. Rainbow-like swaths of color without insides or outsides—absolute immanence, as one could say, until they, too, begin to implode and their digital substrate becomes visible. This “Dream Machine,” powered by the multiply changing, rising and ebbing granular high-frequency, dissolves into a pointillist delirium of colored dots. The result is that not only top and bottom, left and right, outside and inside are thoroughly swirled together, but also, in the end, also before and behind start to blur. The image, which, if anything, is only movement—carried by lines—begins to leave the screen, or the canvas, and floats somewhere in the third, fourth, or fifth dimension—the Irr-Sinn (mad-sense) of awareness seems to know no bounds. No wonder that towards the end, the fog, which has meanwhile become dreary, clears and gives way to a crystalline, extremely, fine-grain structure, that ultimately flows into the original gray: As though it all were just an incomprehensible, fleeting dream that only in retrospect we learn how to—slowly—grasp.


Lost in an algorithmic whirlwind: From a gleaming white, a storm of digital image patterns bursts forth. Subjected ever more to its gathering speed, the onlooker’s gaze falls deeper into the abstract visual structure, and is at the same time accompanied by a high­frequency clinking sound pattern. The result is an exhilarating spatial experience; uncompro­ mising, intoxicating and sophisticated.