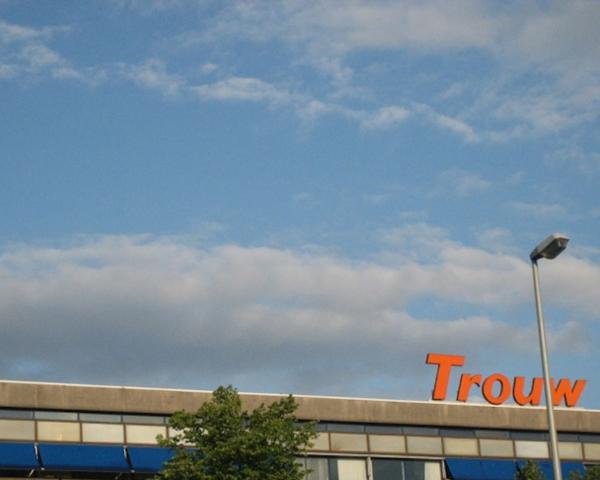 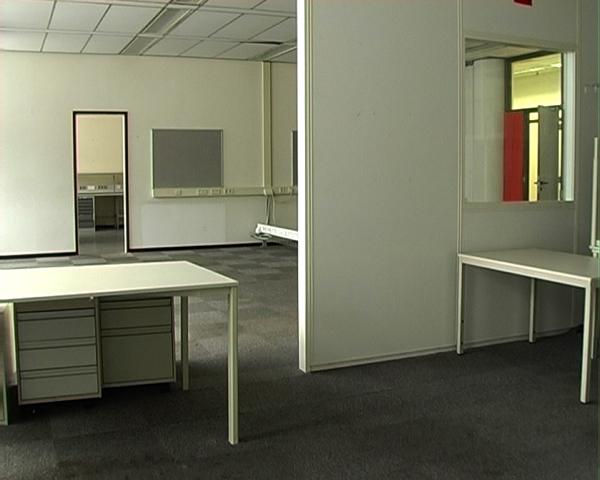 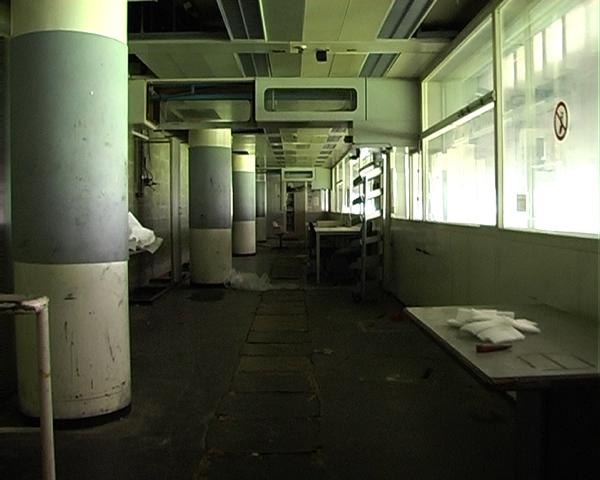 The sky is seen reflected in the façades of three former Amsterdam news agencies. Today the offices have been relegated to the city´s outskirts, leaving the ephemeral former architecture a relic of a bygone media era: “That was a time, when a newspaper was still a lord,” we hear an editor intone from offcamera. What Remains is a discerning portrait of architecture and industry under the sign of shifting market logic.


The thesis inspired by psychoanalysis that the opening credits of a film present, in nuce its entire contents, is also to an extent plausible when the film is not a full-length feature film made at a dream factory.
The opening credits in Annja Krautgasser’s video What Remains show no more than the title, and yet lead directly into the subject matter. The two words can be read in white capital letters on a black background for precisely four seconds. Without any further punctuation the two words unambiguously express neither a question nor a conclusion but remain fragmentary. The actual introduction consists of three shots of exactly the same length that introduce the protagonist of this—as it is called in the subtitle—“architectural portrait of the former newspaper district in Amsterdam-Oost.” These show outdoor views of the publishing houses of the Dutch newspapers Het Parool, Trouw, and de Volks-krant, which had their premises on Wibautstraat for decades before production at this location was successively shut down over the course of the last decade.
The close proximity of the publishing houses to one another, their originally divergent political leanings, their contemporary appearance, as well as their shared fate as industrial ruins with changing subsequent uses form the basis for Krautgasser’s work. Also in a literal sense, as the artist’s studio during her stipend was situated on the fourth floor of the former Volkskrant building, with a view of the complex opposite, which had been used by the newspaper Trouw until 2003. The artist’s approach to the object is nevertheless deliberately distanced. She does not embark on a subjective “search for traces” that could do nothing else than to read from the items, she finds what it is that she had previously put into them. Instead, the trained architect analyses the three buildings “structurally” by bringing more inconspicuous areas like lifts, corridors, foyers, office spaces, waiting areas, or production complexes into view in a precise succession of sparse stills and brief film sequences, and making them comparable with one another. Apart from a few design details, it is primarily the large newspaper mastheads on the façades that allow the locations shown to be ascribed to the appropriate building.
Long stretches are dominated by uniform, anonymous interior views that shed no light on, for instance, the editors’ ideas who worked for years in these spaces. Instead, what is to be seen is what Rem Koolhaas termed “Junkspace” in his grim reckoning with the architecture of the present. Junkspace is an architecture without any qualities, but which is far from being banal despite its facelessness and interchangeability. On the contrary: Junkspace is the triumph of infrastructure over space, the triumph of the amorphous over form, of ideology over politics, and of images over language.
What Remains undertakes a survey of Junkspace at precisely that moment when it becomes ubiquitous, and also captures an architecture fundamentally indebted to Modernism. So Annja Krautgasser’s video is not archaelogical, exploring a past industrial epoch, rather it is a stringent description of a current state without any sentimental haziness.


The sky is seen reflected in the façades of three former Amsterdam news agencies. Today the offices have been relegated to the city’s outskirts, leaving the ephemeral former architecture a relic of a bygone media era: “That was a time, when a newspaper was still a lord,” we hear an editor intone from off-camera. What Remains is a discerning portrait of architecture and industry under the sign of shifting market logic.