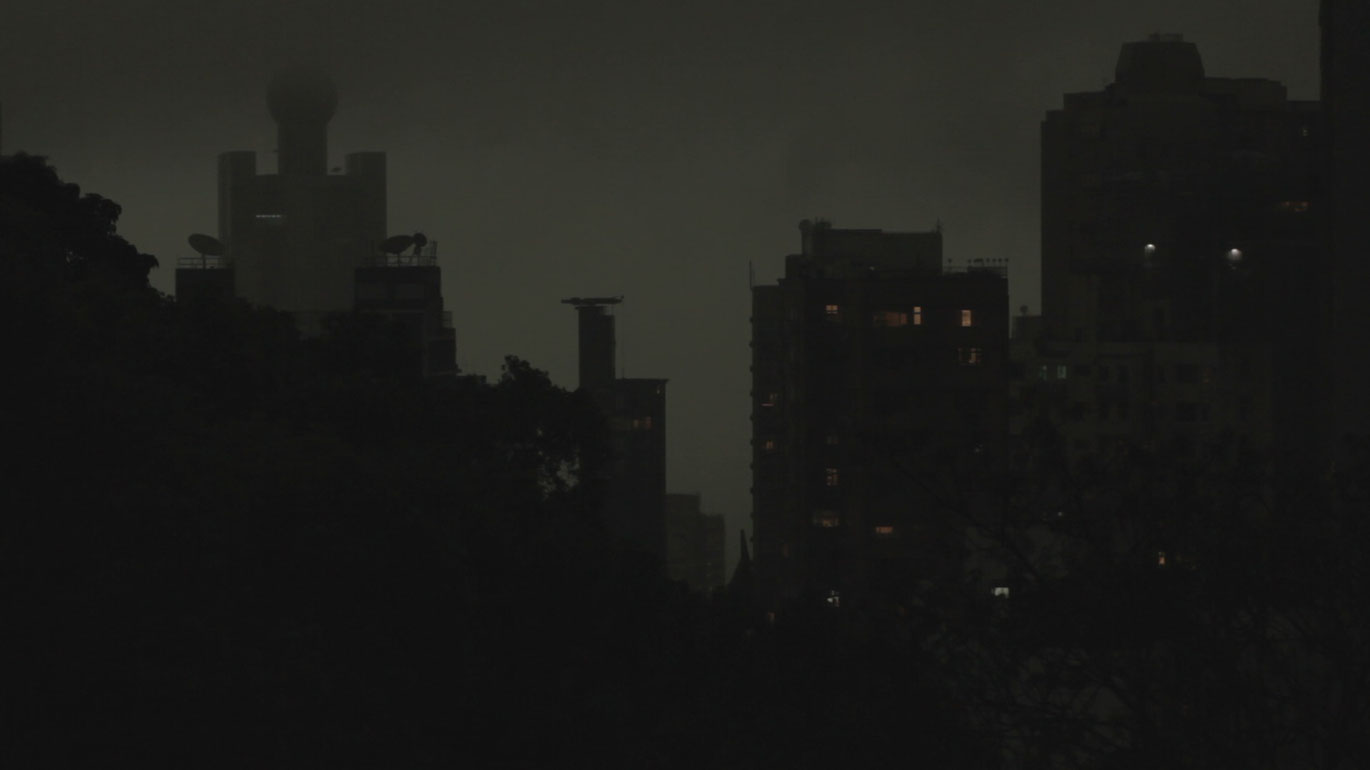 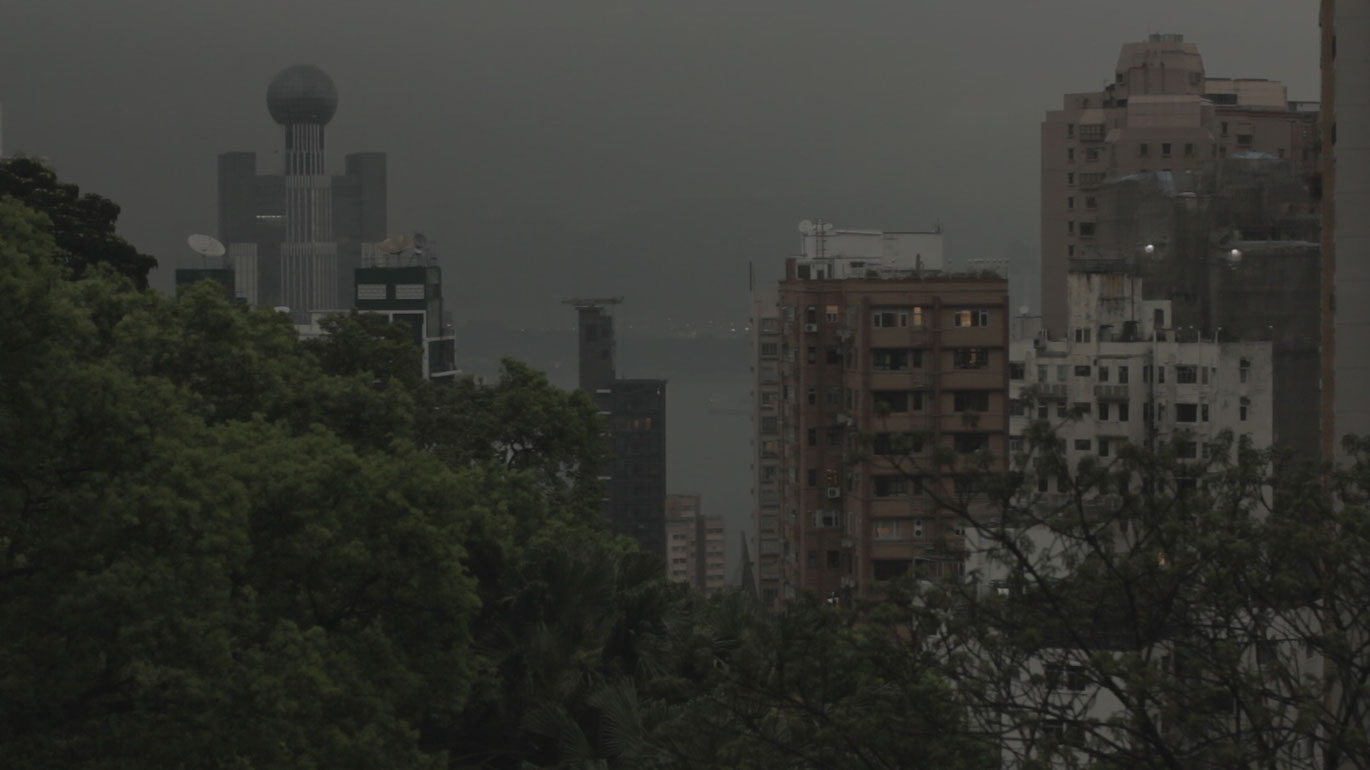 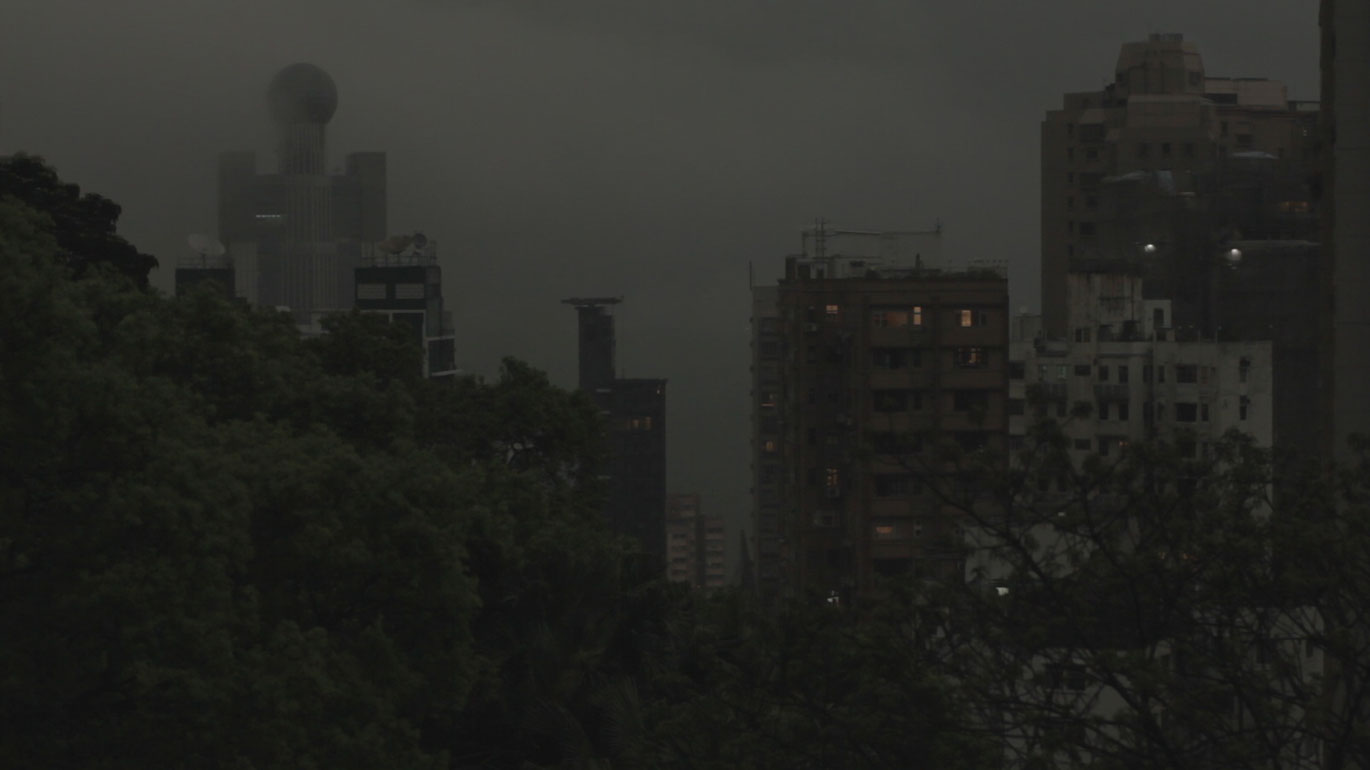 Black Rain White Scars depicts a twilight of reality.
With the steady shot of a Gotham-like cityscape, Lukas Marxt guides us between vestiges of visionary architecture and narrow planted apartment buildings. As we’re searching for our relational point within it, the overwhelming murmuring of the human, car, and boat traffic, at the same time marginalises our position. We are a part of the scenery, though secluded and apart from it.

In his films Marxt often positions himself in a liminal state of ethnographic researcher. Displaced from his familiar context, he is neither fully participating, nor merely observing a chosen place or situation. With Black Rain White Scars he is letting us experience this intermediate condition.

The place is Hong Kong, and the moment is when electricity, wind, atmospheric pressure, and plasma are playing against each other. These different forces form a very particular constellation that starts interfering with our ability to hear and understand any further signals. This new language of the city, transforms the concrete reality of social civilisation into an abstraction. The change that is about to happen is announced with the sound, which, as through the process of sonification, is left on the observer to decrypt it, interpret the data, and complete the narrative.

“Black rain” is a weather warning term, locally used to announce the arrival of severe rain that falls at over seventy millimetres per hour. When the black signal is issued, a city will come to a complete evacuation and standstill. Within this context, the film Black Rain White Scars produces a threshold, a spatiotemporal gap between two stages which is disorientating, but at the same time is showing the possibility of a new perspective.


In a single take the film presents the phenomenon of atmospheric darkening that can occur before a heavy rainfall. Inhabitants of Hong Kong call this phenomenon “black rainstorm”. With its artificial soundtrack Black Rain White Scars attempts to blur boundaries between the documentary and the fictional.


An unprepossessing cityscape is recorded in one long, uninterrupted take. Nothing happens, yet so much happens. The sky becomes dark, with a sense of menace. Avoiding grandiose gestures, Marxt creates his own version of Land Art, by focusing on the evanescent manifestations of the course of time.