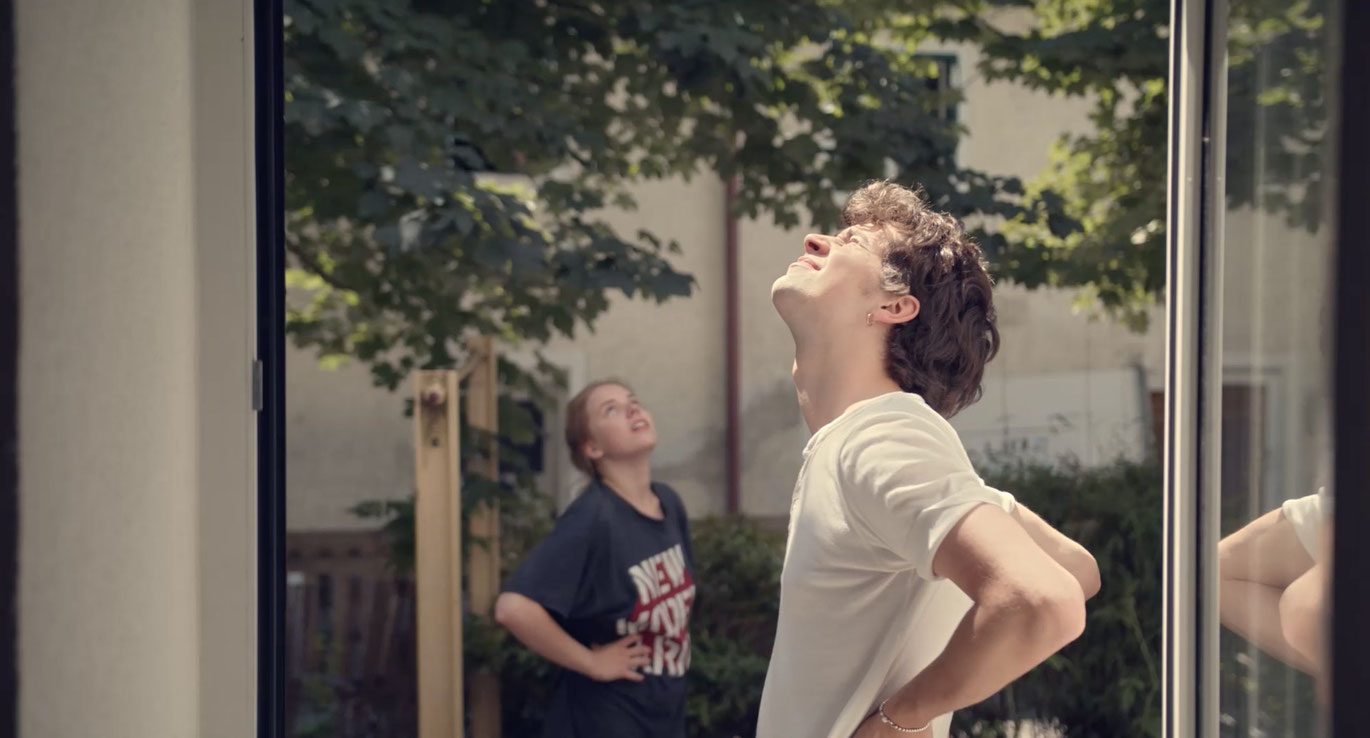 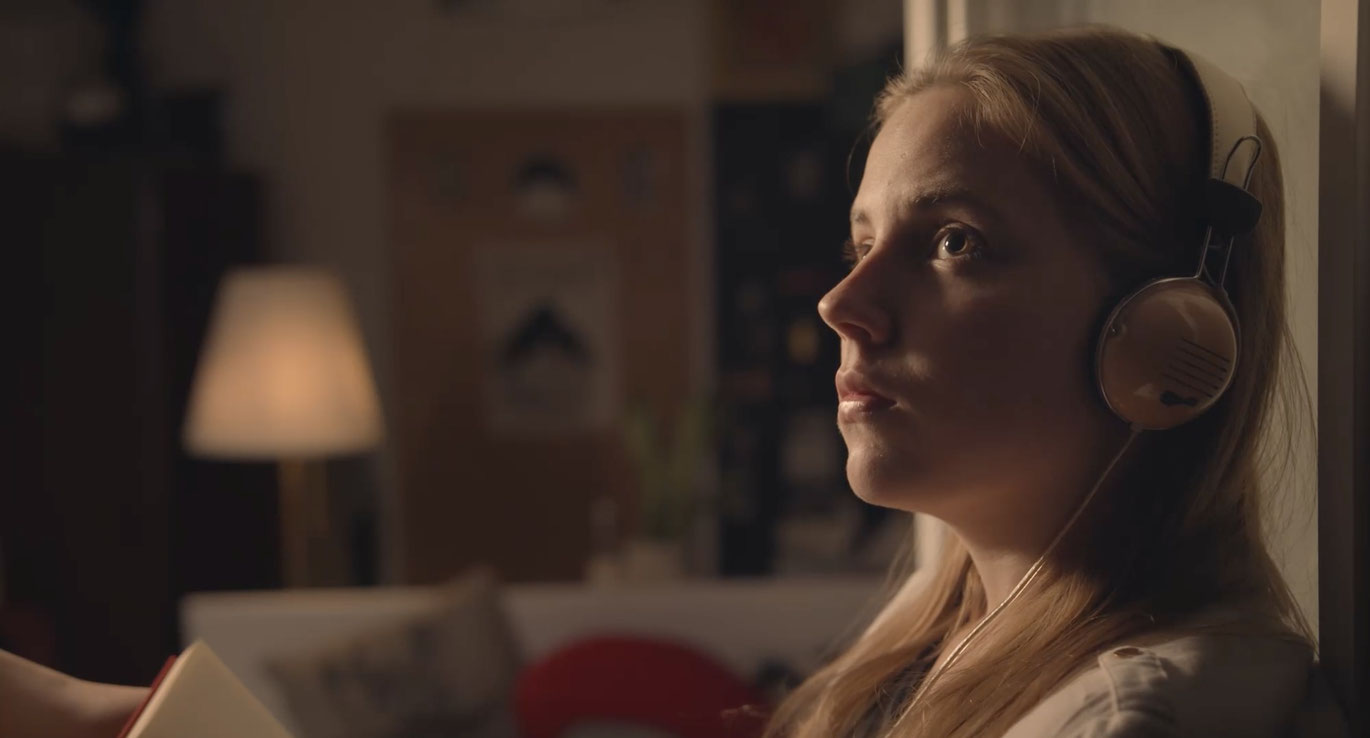 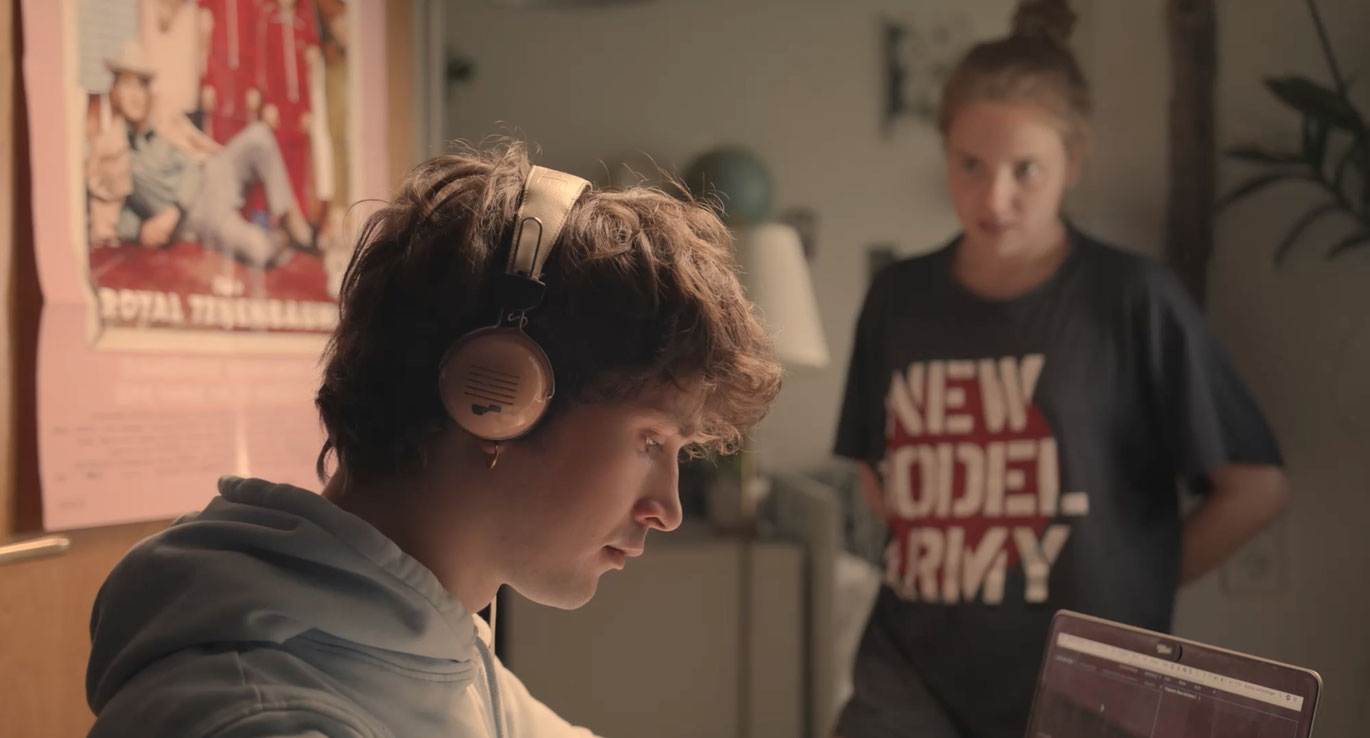 How do you start a revolution, and, actually, where do you buy a door? Leon and Annika aren’t sure which delivery service they should decide on, but they are absolutely sure about the world’s injustices. Tableau-like dialogue between kitchen and bedroom, pasta and politics.
Annika works on her podcast, which is critical of the political system, while Leon polishes his fingernails. She wants to change the world, he is fed up with the daily news. Annika is serious. Her ideas about a political uprising are just as ubiquitous as his desire to change his haircut. The word and the deed. Narcissistic generation “Why?” Or generation “Fridays for Future?” The camera observes the two students like a sober, (semi-)close observer. The times of day blend into each other. Revolution tutorials are followed by video messages, phone calls, and Facebook events.

In a condensed, model-like form, director Sophia Hochedlinger tells of the potential and self-limitations of a generation confronted by an inexhaustible source of information and possibilities. A generation in danger of going in circles around its own sensitivities within its own four walls, in which the outer world is constantly present, online. The length of the takes lacks just as much agitation as the superficially banal daily routine—similarly decelerated, like in an “Austrian-Thailand-vacation-Mallorca complex” (Leon). Between mirrors, books, nail polish, and print patterns, Rudern macerates gender-shaped, binary role models. With the presence of New Model Army, Fatoni, Wes Anderson, and Matthias Strolz, neoliberalism is able to blend with revolution, pop, and punk. Okay, so who’s up for a revolution? (Bianca Jasmina Rauch)