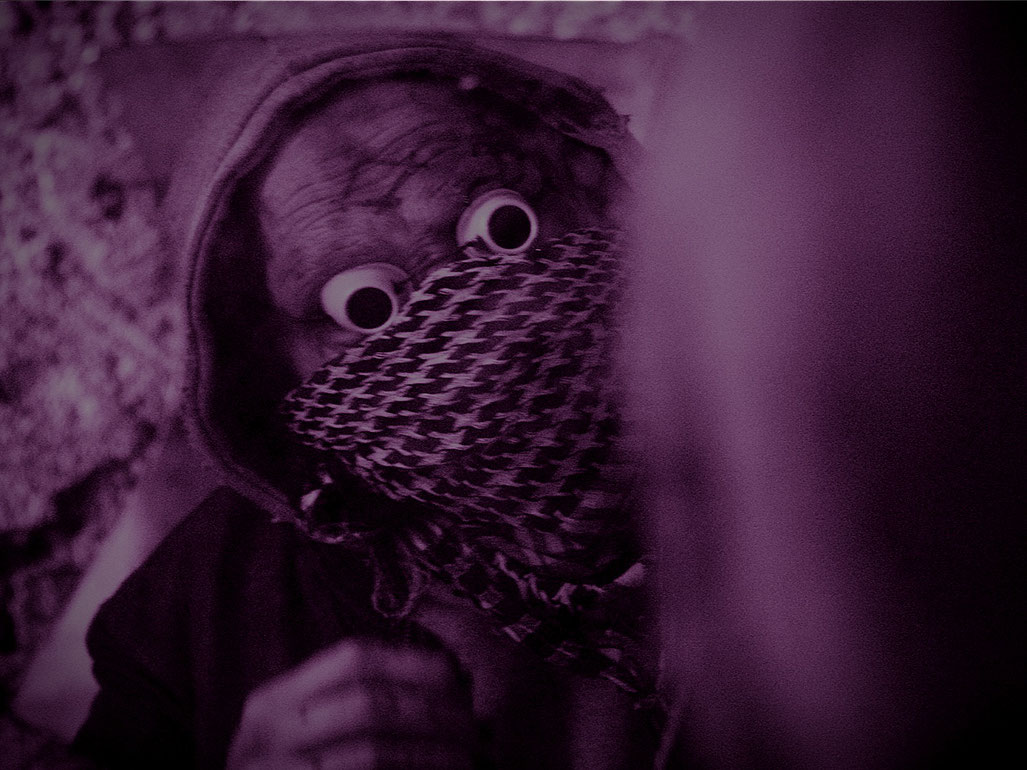 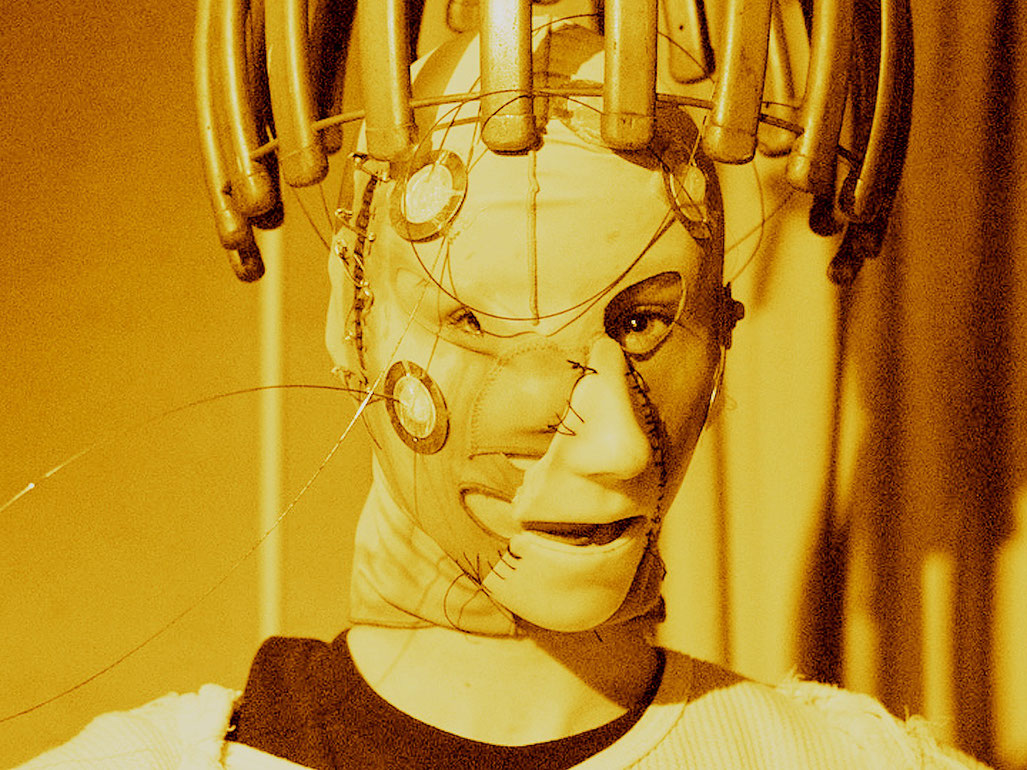 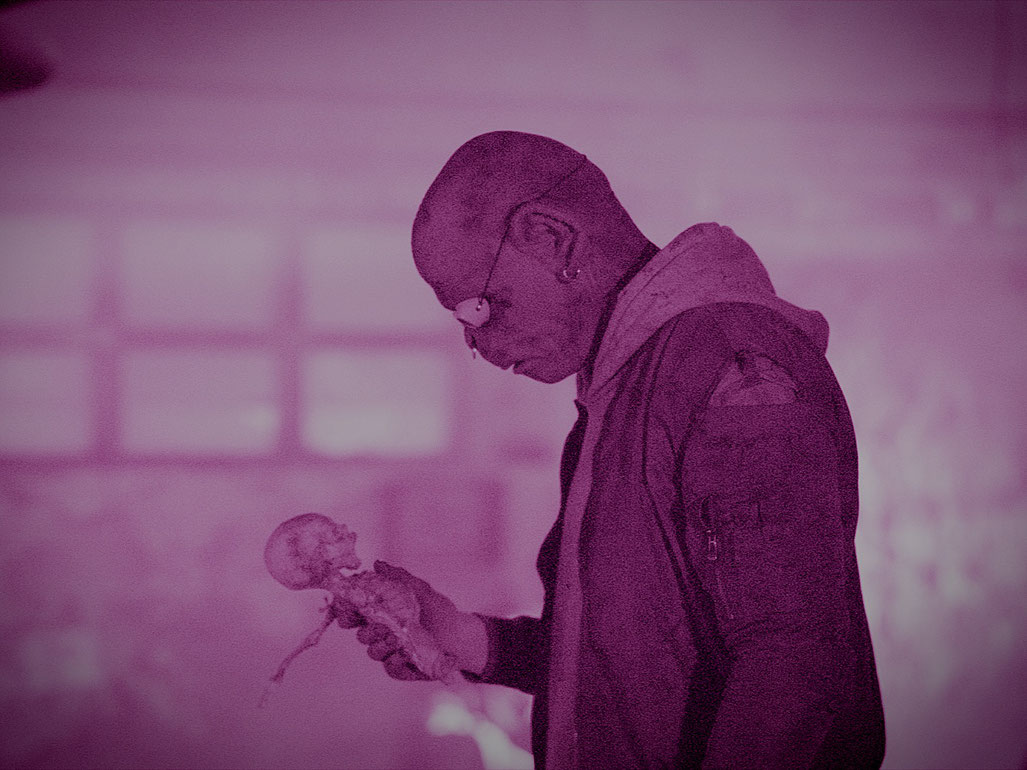 One-hundred years lie between Chaplin’s first feature-length film and Pfaffenbichler’s very loose interpretation of it. The Kid, filmed in 1920, is a story from the realm of the "lumpenproletariat", a tragi-comic moral tale of an abandoned child and police brutality. 2551.01 is all of that, too—and is, after all, at a distance of 100 years and all kinds of breaks in cinematic history and countless wars from Chaplin’s bittersweet patchwork comedy. The director calls his toxic genre blend a “dystopic slapstick film.” Pfaffenbichler has already shaped two of his short films from Chaplin material, and the “daemonic screen” is his passion. He devoted a film to the silent-film quick-change artist Lon Chaney, and he called his 2013 Boris Karloff tribute A Masque of Madness. Now, in 2551.01, a lot more than one mask of madness can be seen. The false clown, sod, and nightmare visages, which the amateur ensemble wears, define this low-budget grotesque, which is set in the passageways of a sewer system, bunkers, and dark cellars, without windows, without daylight, without escape. Chaplin’s tramp turns into a man in a monkey mask, who takes in an abandoned child and hesitantly looks for a place for his charge in the violent and zombie world he inhabits.
A series of genuinely obscene images makes the pulse quicken: nauseating meals are served at a decadent candlelight dinner in the wreckage, disturbing rituals are carried out in a nursery school of horrors, and on the hero’s path through the underground hell, we witness Abu-Ghraib-like torture. Along with the complex textures of silent-films, Pfaffenbichler also uses elements of splatter and exploitation films and sitcoms—and an extremely eclectic soundtrack of music. In this way, this episodic drama leads us to the peripheries of punk and shock comedy, to territories that are practically non-existent in Austrian cinema. For that reason, with all luck, the Orgy of the Damned, which is announced at the end as Episode 2 of this wicked tale, will soon become a reality. (Stefan Grissemann)