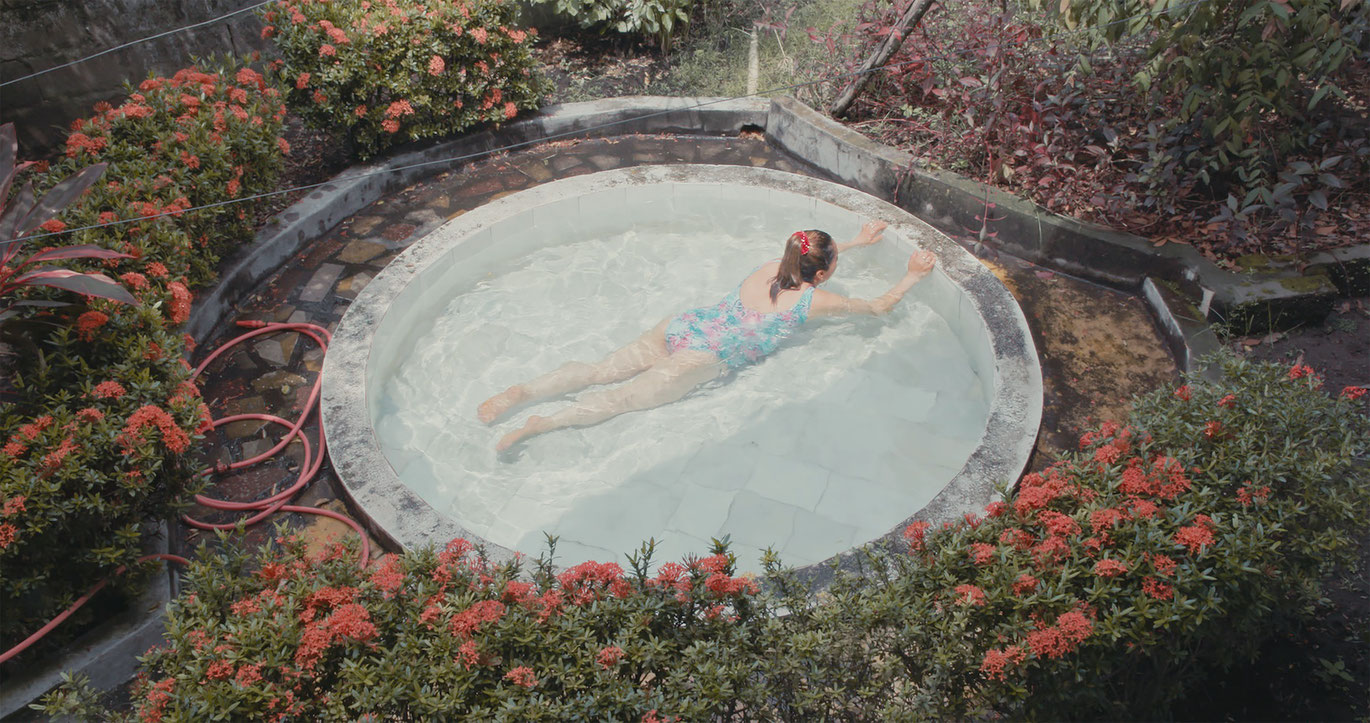 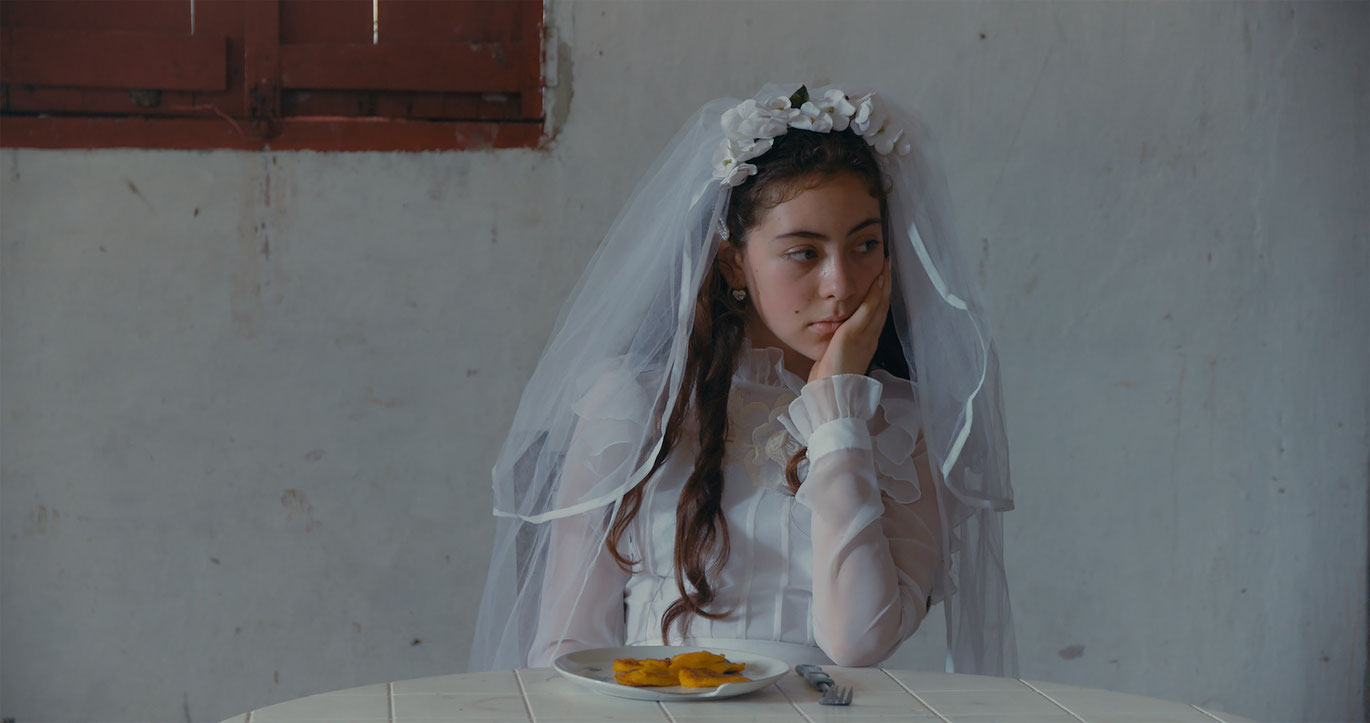 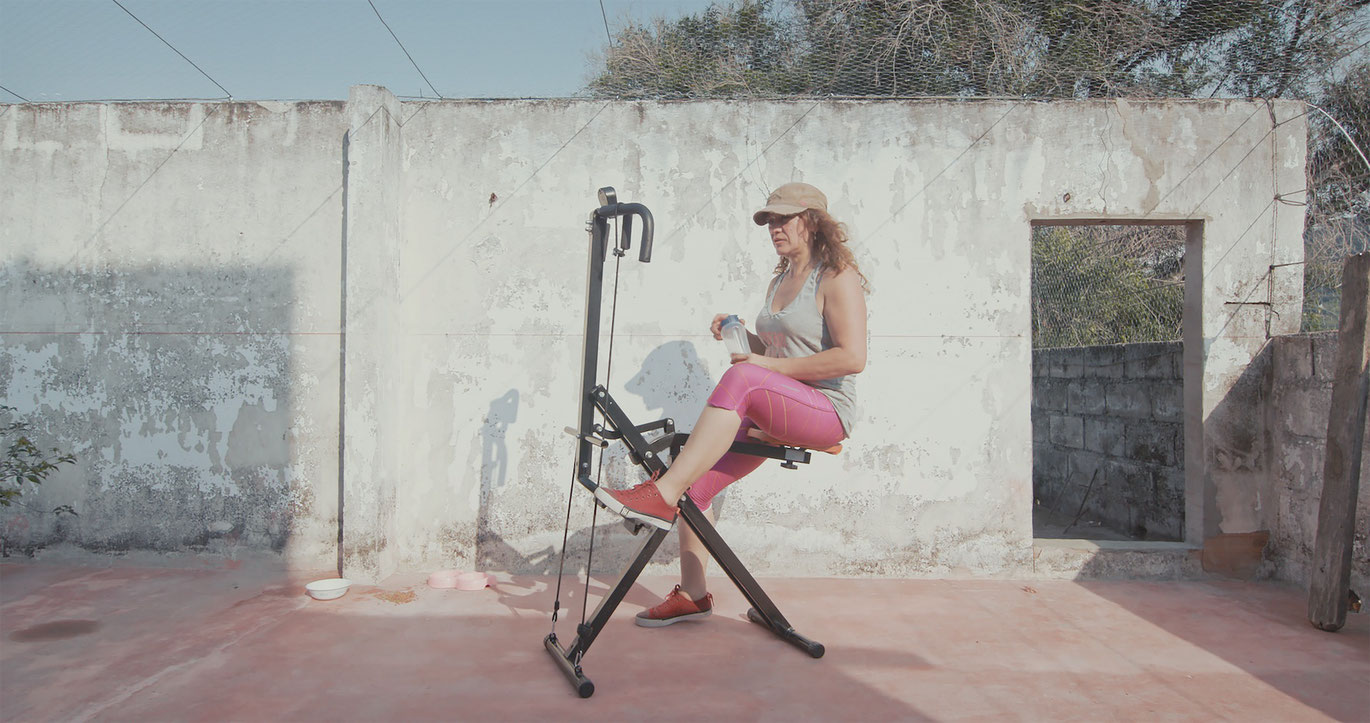 Erde essen/ Eating soil is an essay film that deals with the stories of Colombian women originating from director Laura Weissenberger’s memories and projections on her home country. It is exploring Colombian narrative culture based on the stories of a fictional family, which metaphorically represent a society rather than individual fates. Structured like a memory itself, the viewer encounters topics involving migration, hopes, regrets and approaches to life. (production note)

"It cannot be ruled out that soil might evoke a certain savory flavor"[1]. With Eating Soil, the filmmaker Laura Weissenberger weaves a collective cosmos of scenes constellated by an extended Latin American family in Colombia. As an invisible observer, Weissenberger stages situations indicating a most diverse host of stories, all about success and failure. An older man tries various keys to unlock a door. Once inside, a flashlight hits on objects and photos as sounds of an abandoned past life are heard. A barefoot girl in a First Communion gown roams the rooms. "This is the house I remember...I'm still often here, walking through the rooms of our past. My mother lived here, hoping to leave someday, dreaming of a better life.

The soil eater. A history made tangible, circumscribed by furnishings, colors, textiles, peopled by protagonists who appear and disappear. The child's feet stride barefoot across the floor, her long white gown trailing fleeting traces in its wake. Whispers, snatches of music. Spheres of domesticity and personal hygiene – and over and over again, the Communion dress in a blue light, illuminated like the virgin Mary. A woman paddles in a round cement pool. She describes an attempt to gain entry to Germany via the Frankfurt airport, the general suspicion raised against her and her Colombian fellow travelers. Another young woman sleeps in a big bed aglow with the sheen of satin sheets, between pastel-violet, ruffled pillows – a giant Santa Biblia keeps watch. Glaringly colorful flip-flops on a shining white polished floor, a leopard-skin patterned dress, a vibrant turquoise house wall, hanging flowers and succulents. A nightly walk to a cow. The taste of soil is ever new. (Madeleine Bernstorff)