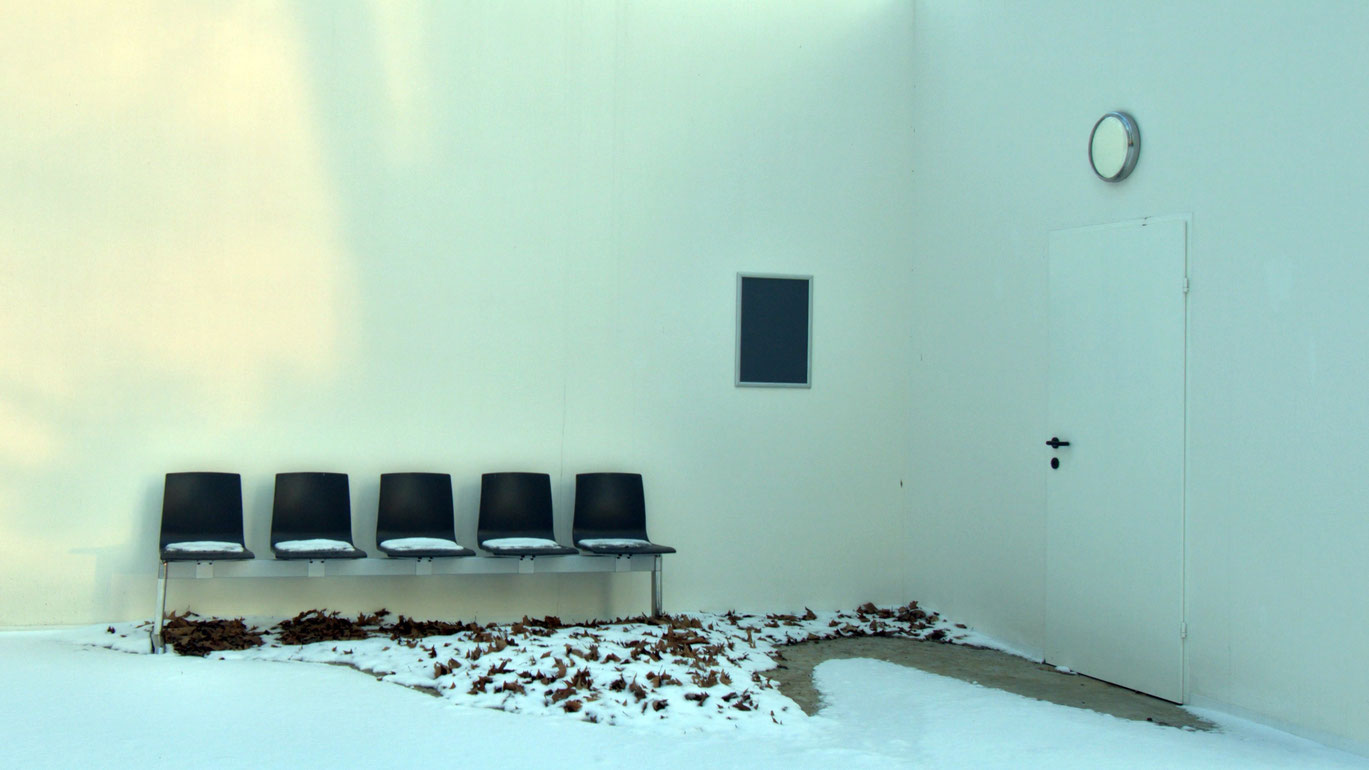 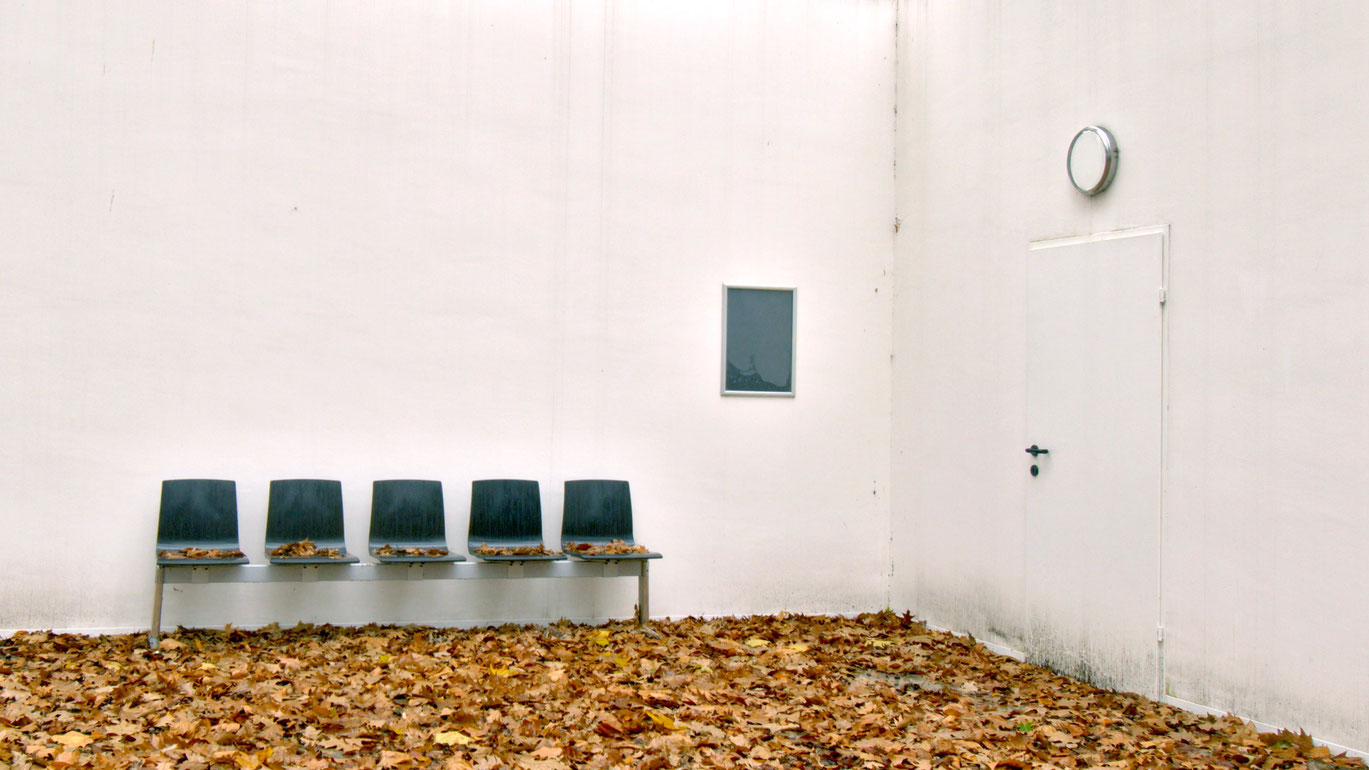 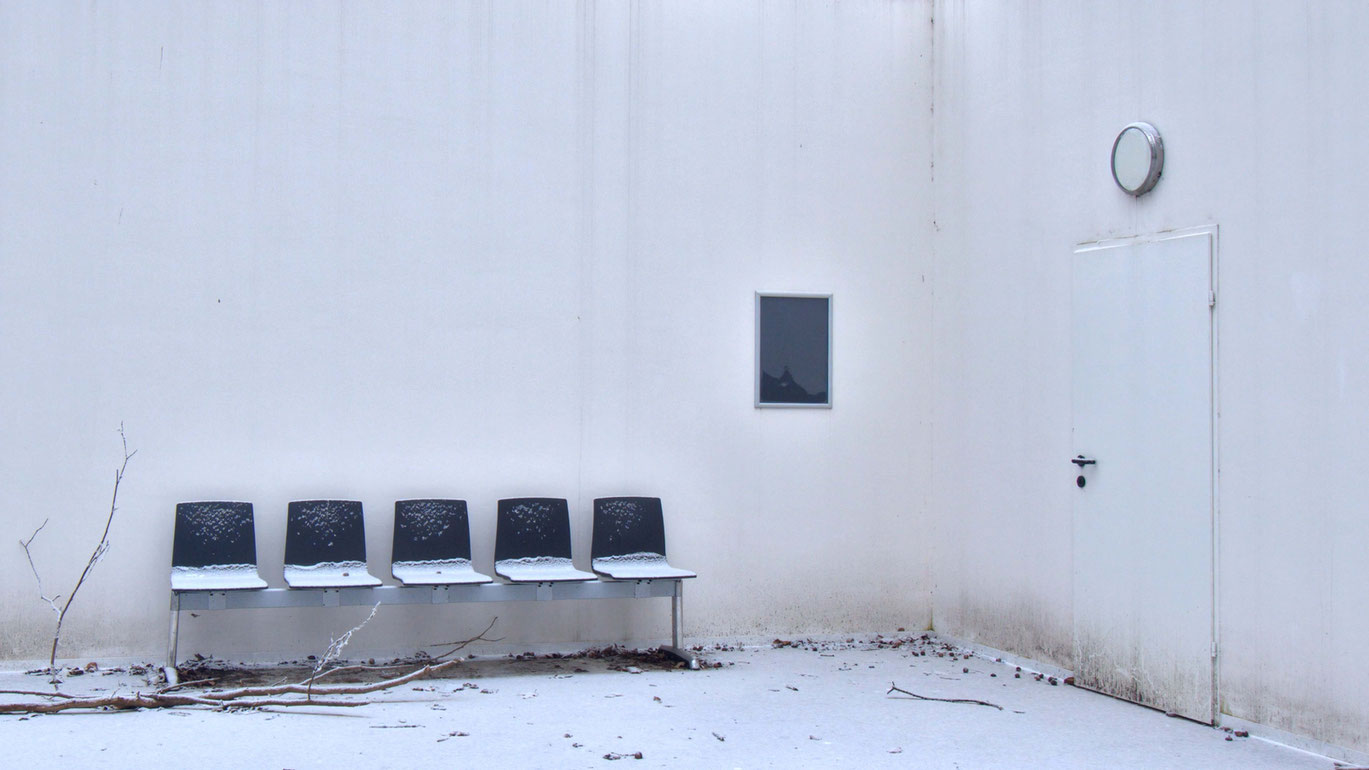 When you wait long enough, everything changes—a so-called timeless saying.
A white waiting room, a chrome bench with black plastic seats, a closed door, two frames with glass that reveal nothing other than a reflection—habit alone lets us call them “picture” and “clock.” One hears traffic noise and voices from afar, a ticking, rattling, braking, probably the sounds of a city.
When the first phase of orientation has passed, a movement in the picture detail becomes apparent, the gaze moves on imperceptibly. A compact rearward zoom: individual images in time lapse, across months. The confusion over foliage, snow, dirt, and rain puddles in the waiting room yields to the realization that there’s no roof and the room stands with two open sides out in nature, under trees.
Bernd Oppl is a master of experimental arrangement and reality shifting. He transforms spaces or creates new ones; his understanding of film is that it is also an architectural art. Via spatial models, video sculpture, and the moving image, he shakes the sense of reality like kinetic visual art from the early history of cinematography.
In Wavelength, his work of the century, Michael Snow, too, contemplates “the essence of the medium … and just as unavoidably, reality” (Amos Vogel), yet whereas Snow’s extensive survey of the space leads to an illusion (to a photograph of the ocean), Oppl successively releases a view of the space that stands as model here—also one of time. Its elapsing is shown through the nature that breaks in, whereas the mirrored clock without a face or hands lets time just be time and instead captures reflexes of the outside space.
The year 2020 has added a new dimension to waiting. For those who observed closely, at least the view of a greater whole was possible. The fact that in the end, with waiting, everything might change, can simply be chalked up to hope. Warten is based on an installation by Bernd Oppl from 2018/19. Its title: No Future. (Regina Schlagnitweit)