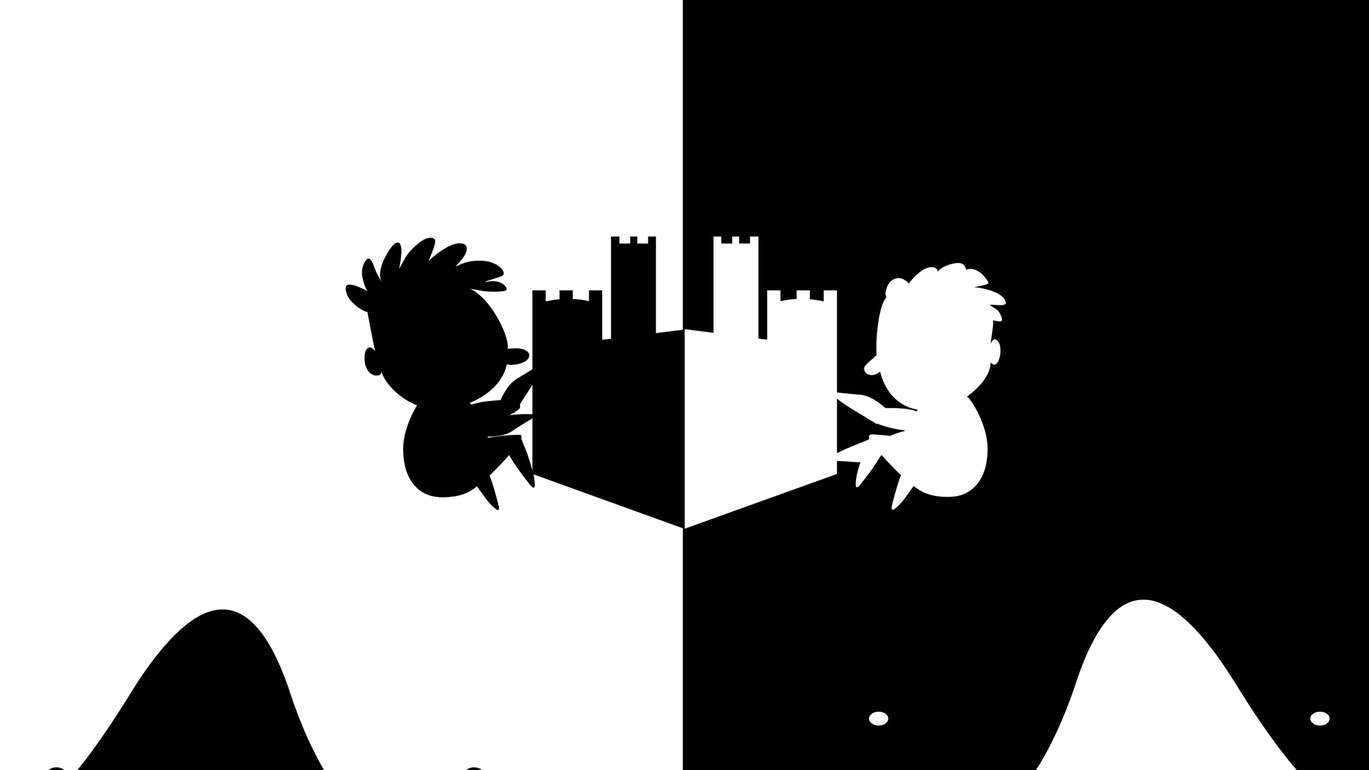 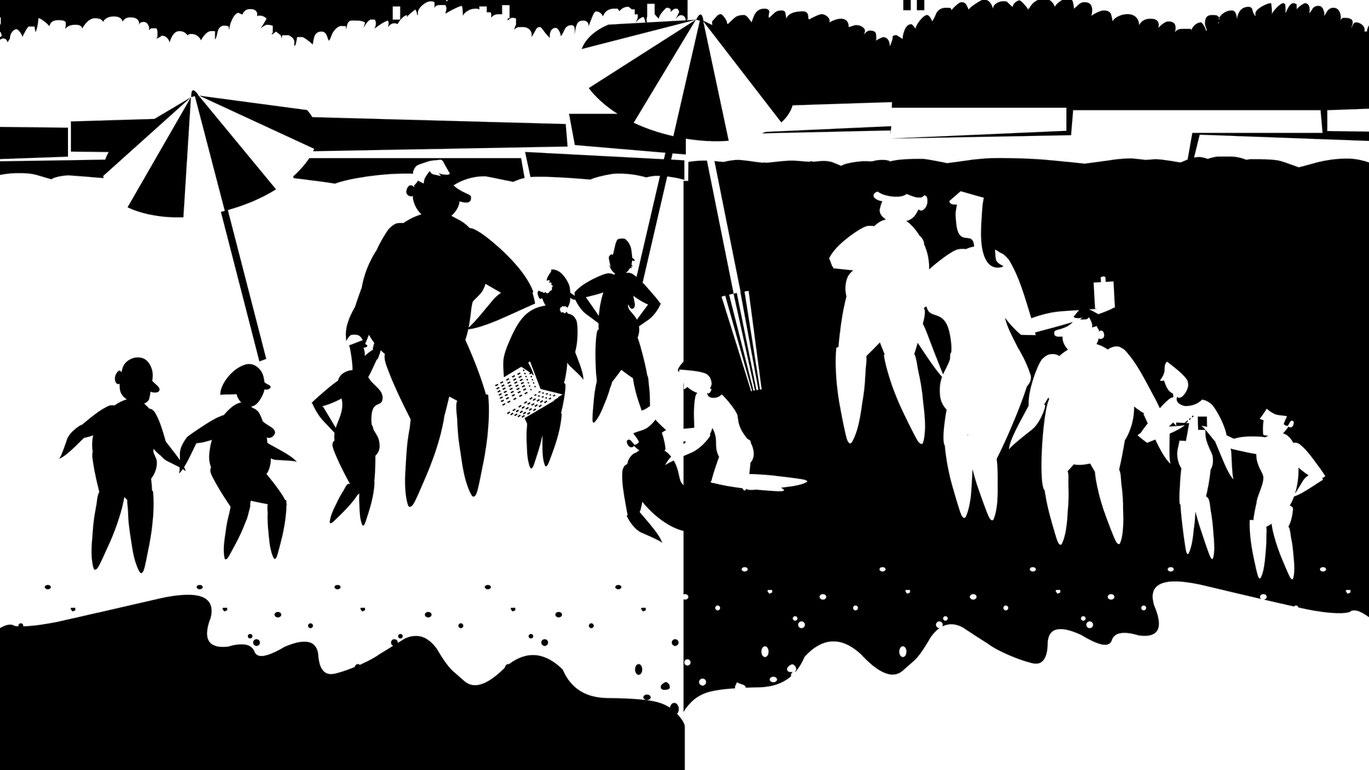 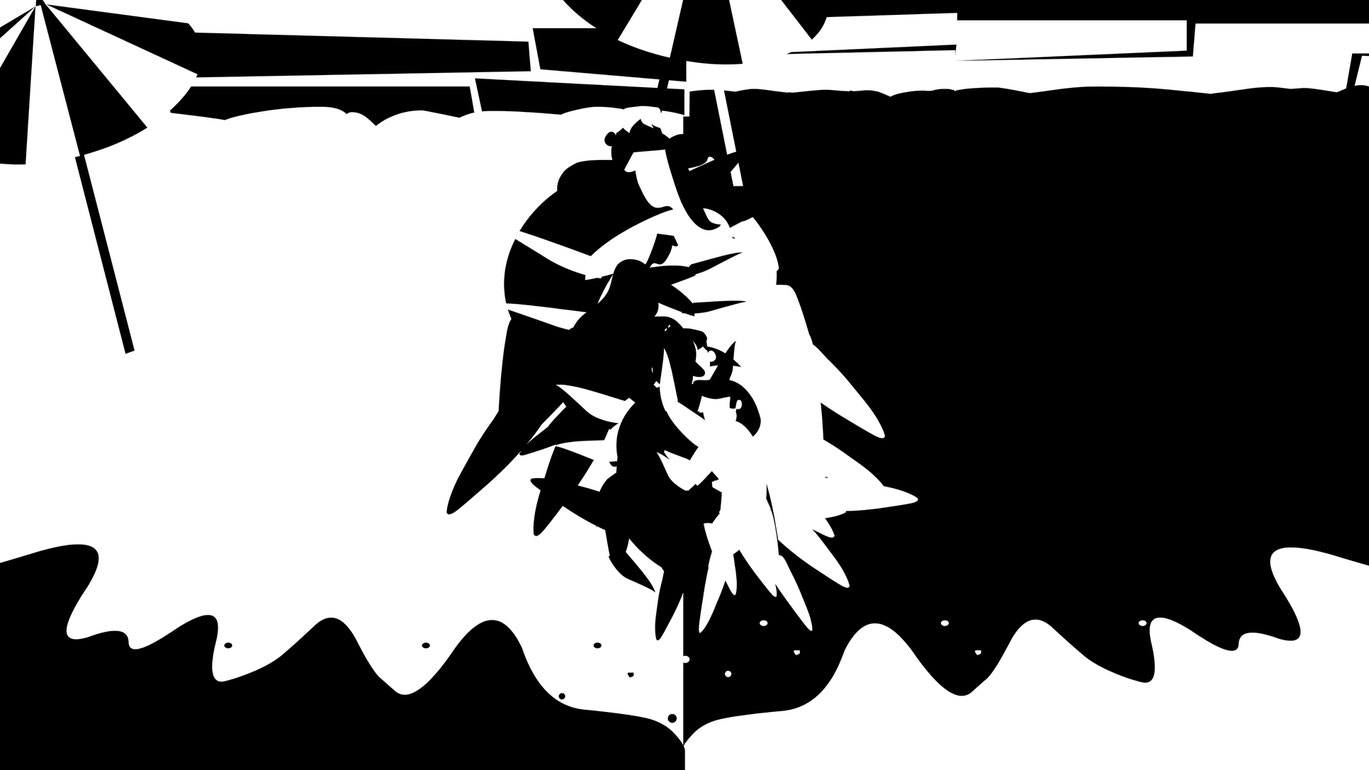 First we see a peaceful scene on a beach, with a city in the background – but almost immediately, the view opens up onto a structure of differentiation. The seaside bathing scene shifts and its centerline becomes the boundary of a mirror image: here black/white, there white/black, over here positive and over there negative, one side familiar and the other side foreign. These categories correspond to well-known social and ideological constructions. In his minimalist animated film, Leopold Maurer draws attention to the fact that, despite existing notions, the people on both sides behave in very similar ways.

A wave washes away the sand castle where two children are playing. At the center borderline, no common understanding is possible, even over such a harmless event: accusations result in aggression. Others join in or are pulled in. Soon there’s a violent argument, with a fight underway, until the sea sweeps away most of the warring protagonists. Thanks to the animation technique, which is similar to silhouette animation, the effects are quite comical. When any of the figures crosses the border, it disappears, with only an accessory such as sunglasses remaining visible. The separate individuals dissolve, are erased, cannot be perceived. This visually fascinating concept of presenting stencils in black or white also succeeds in undermining simplistic hypotheses regarding identity and culture.

After the disaster of conflict is over, the children start a game of swapping their heads, and along with it, changing personae. Peace is restored only by starting all over again and switching sides — except that this time, things are reversed. (Brigitta Burger-Utzer)