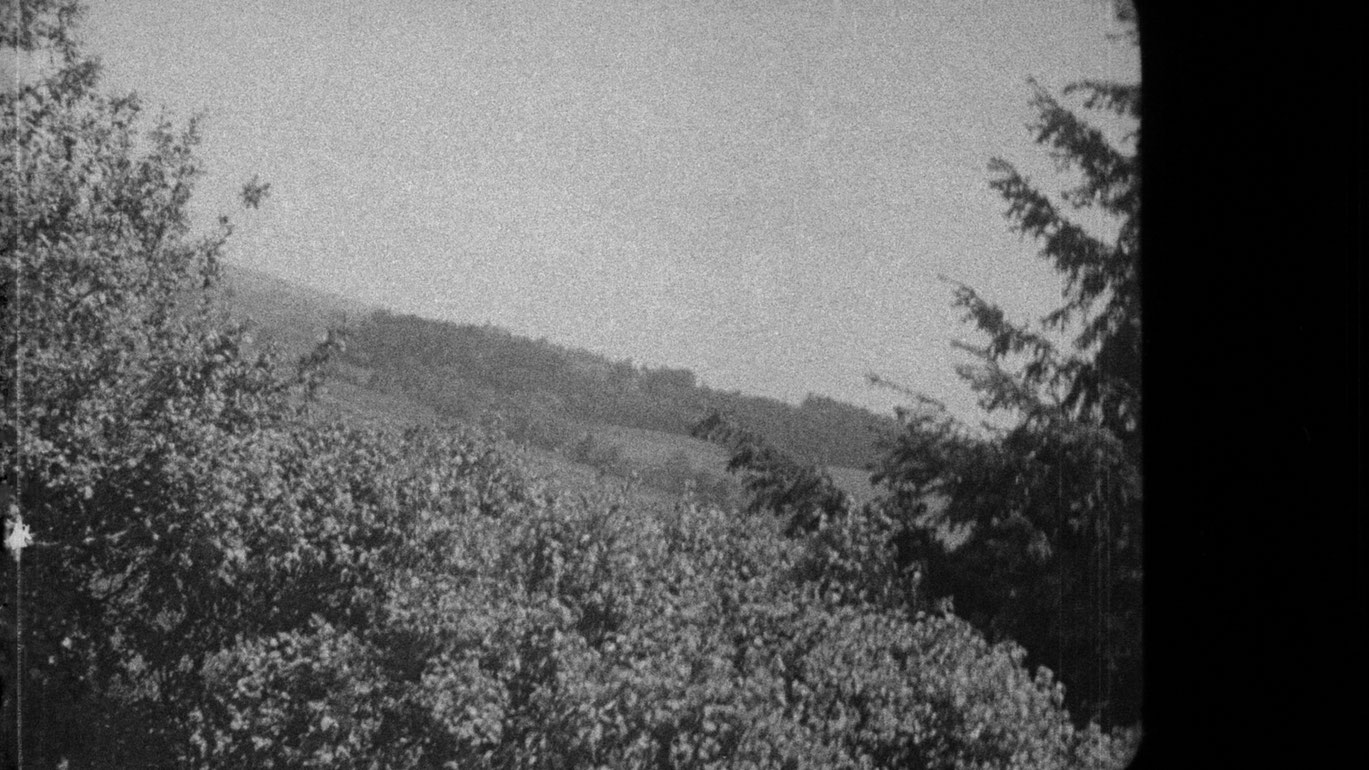 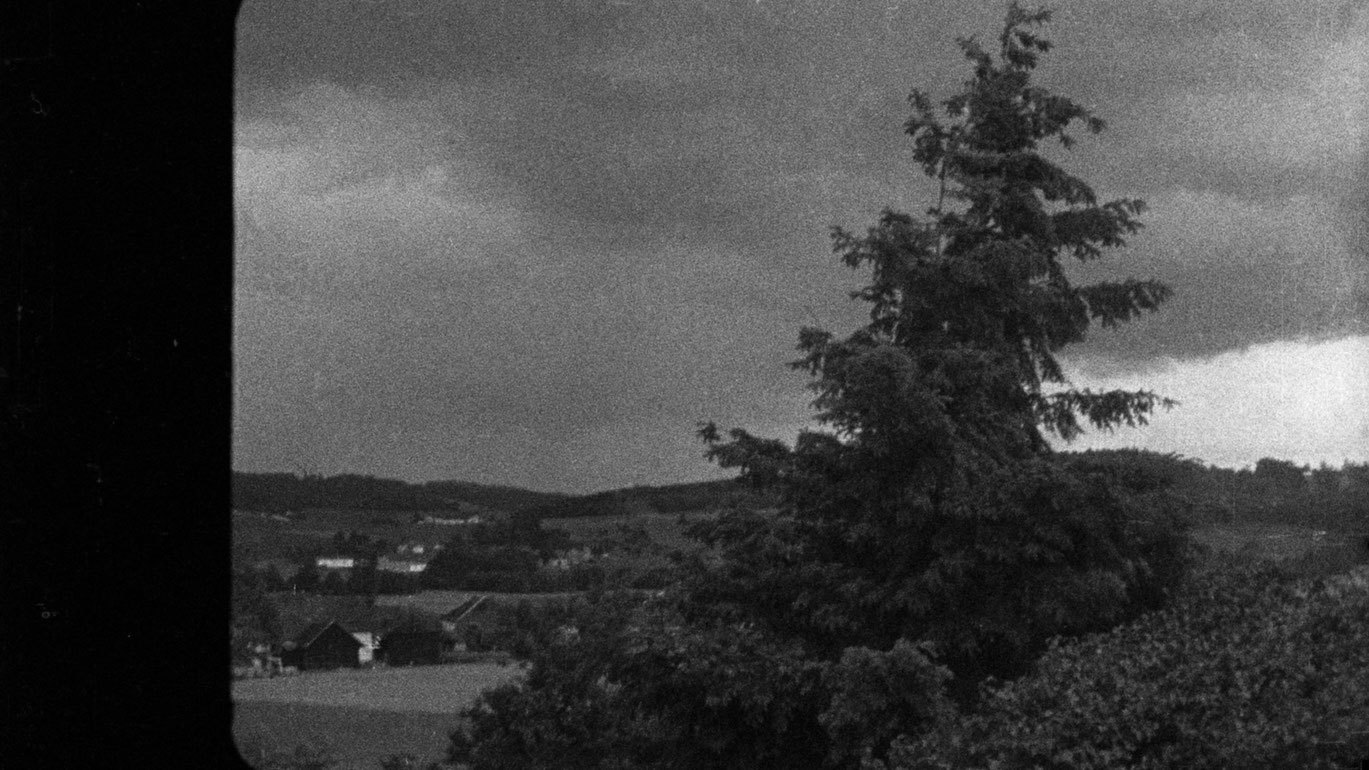 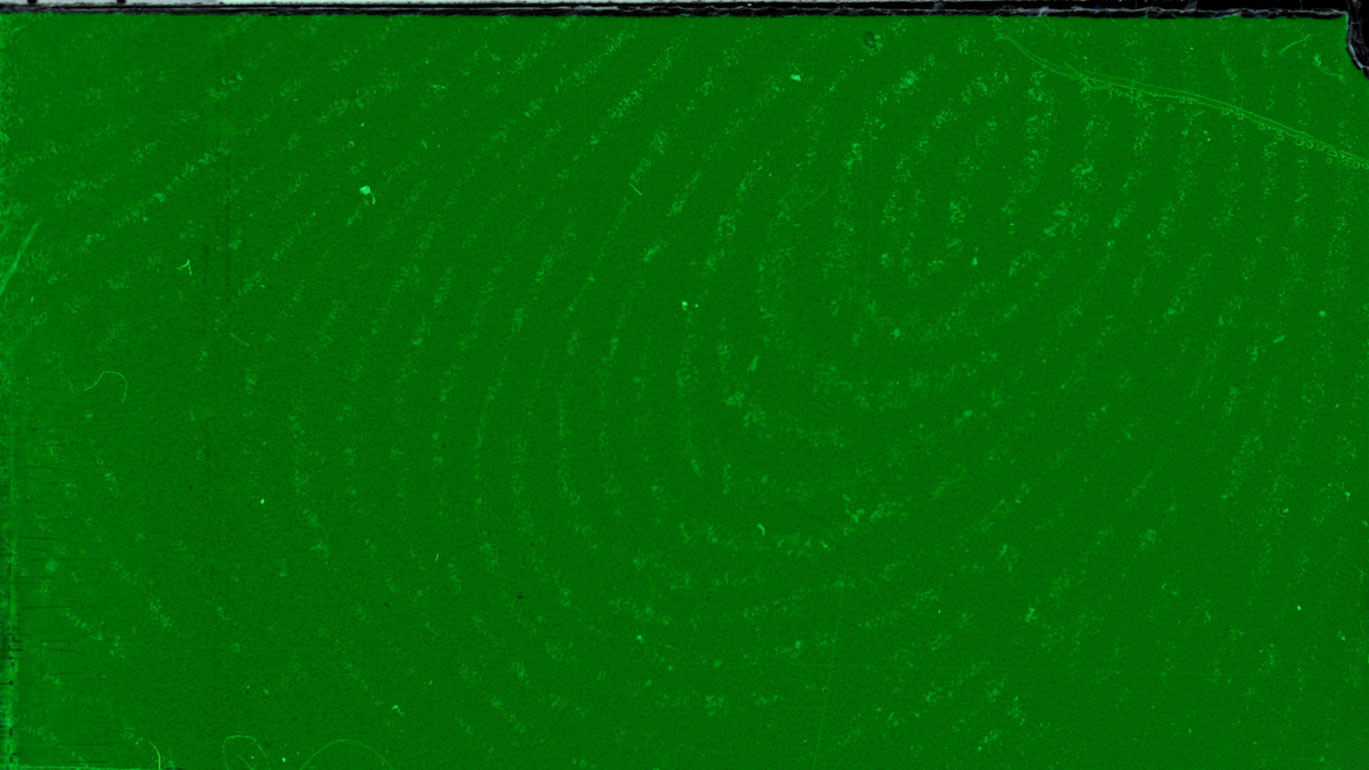 The green leader of the 16mm film is still running, yet the rattling sound is already committed to forward movement. And indeed, it moves forward, but also back again, past hills, fir trees, and apple trees—and at some point, the gaze zooms into the seemingly passing landscape; but will also be forward again.
By stringing together recordings created in the context of a camera test, Siegfried A. Fruhauf constructs a cinematic “journey,” whereby each of the landscape images are separated by several monochrome frames of green leader.

This generates a simultaneously connecting and disturbing stroboscope effect, which generates post-images and allows the landscape to appear continuous despite obvious breaks; at the same time, the interim garish green “flash” offers glaring evidence that here we are dealing with a cinematically constructed journey rather than a “natural” one.
Like the soundtrack, which is based on a staccato-style playback of ocean sounds split onto the stereo channels rather than a linear sound recording, the images are the cinematic synthesis of several camera pans across one and the same landscape, and not the result of a journey from A to B.

Fruhauf works with the fine differences that the runoff patterns of pan and tracking shots leave behind on the retina, and he knows the breaking point at which something is still just barely perceptible: starting with the precise application of four frames per shot (less than that, the human eye would not be capable of recognizing the electrical lines or garden fence) through to rhythmizing the images, so that a “journey” through local stomping grounds becomes a storm of the components scattering in all directions.
Although the whistling of the birds still suggests linearity, Fruhauf increasingly dissolves the succession of images: the landscape falls apart, not only passing by horizontally, but also vertically, swaying back and forth, and in part running diagonally out past the screen.

In times of climate change, a commanding cinematic destruction of an apparently intact (cultural) landscape is an impressive symbolic image of the crisis: towards the end, even a fir tree seems to be shaking its head and countering the viewer with a vehement “no, no, no,” before falling headfirst out of the image as we completely lose our orientation in a stroboscope storm. (Christa Benzer)