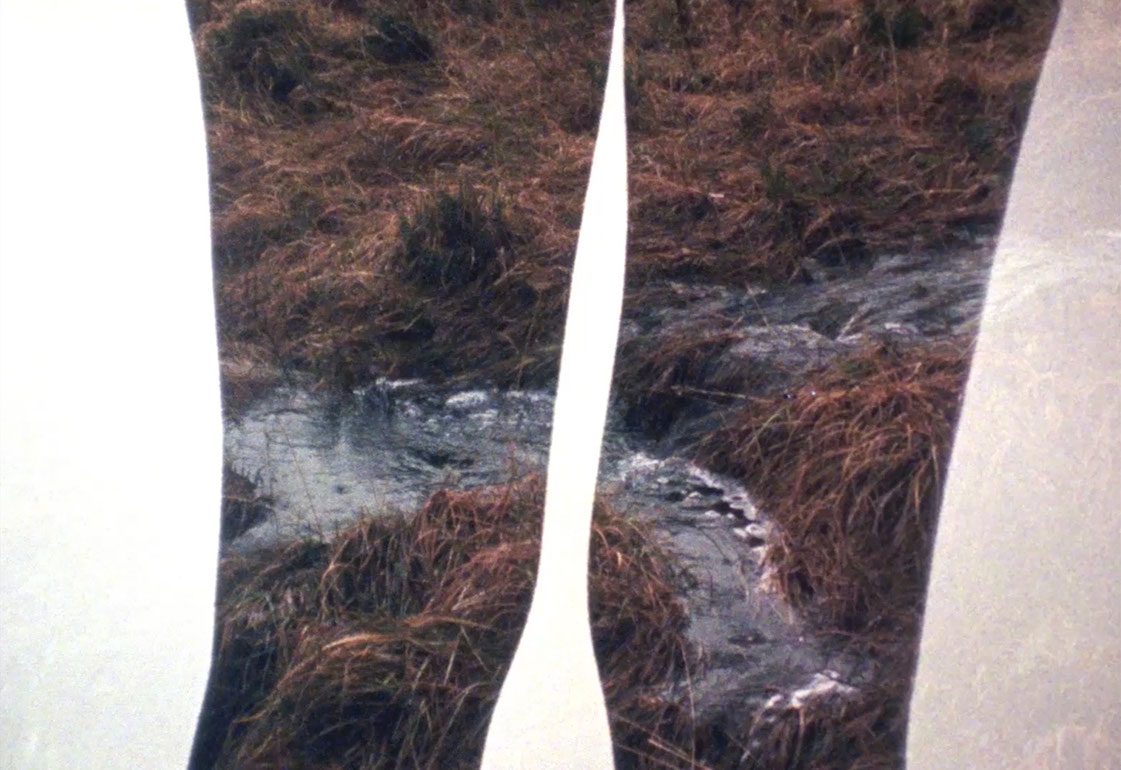 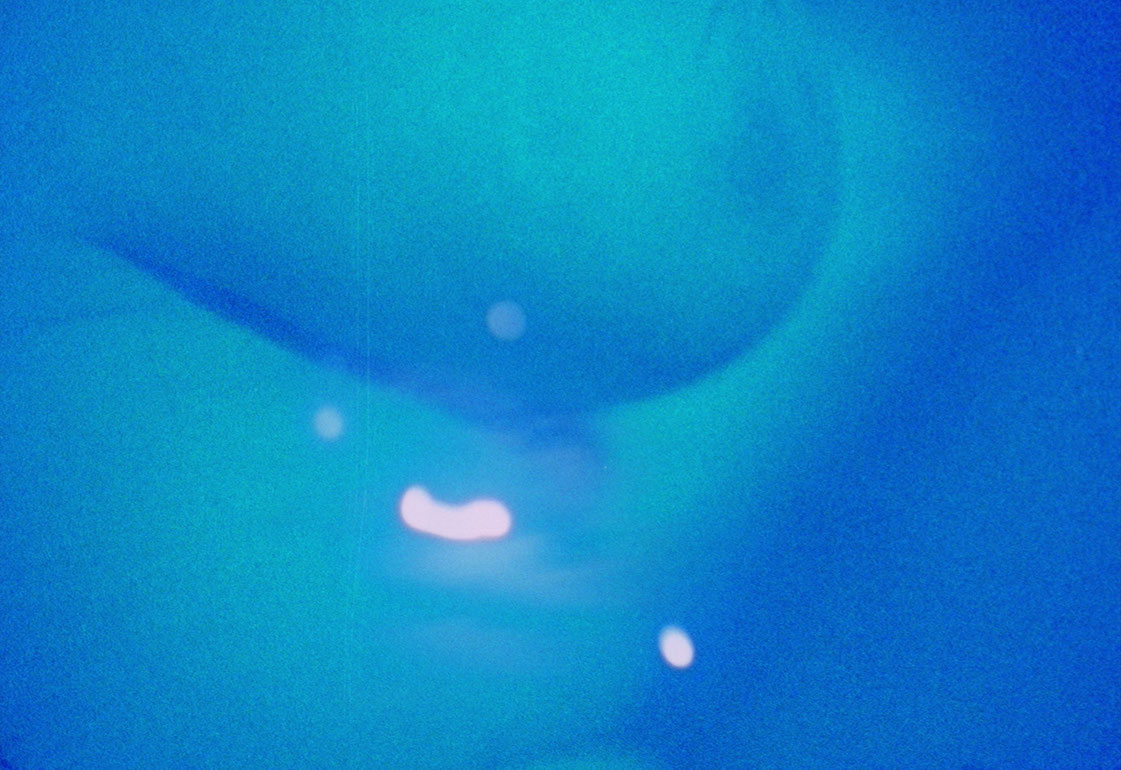 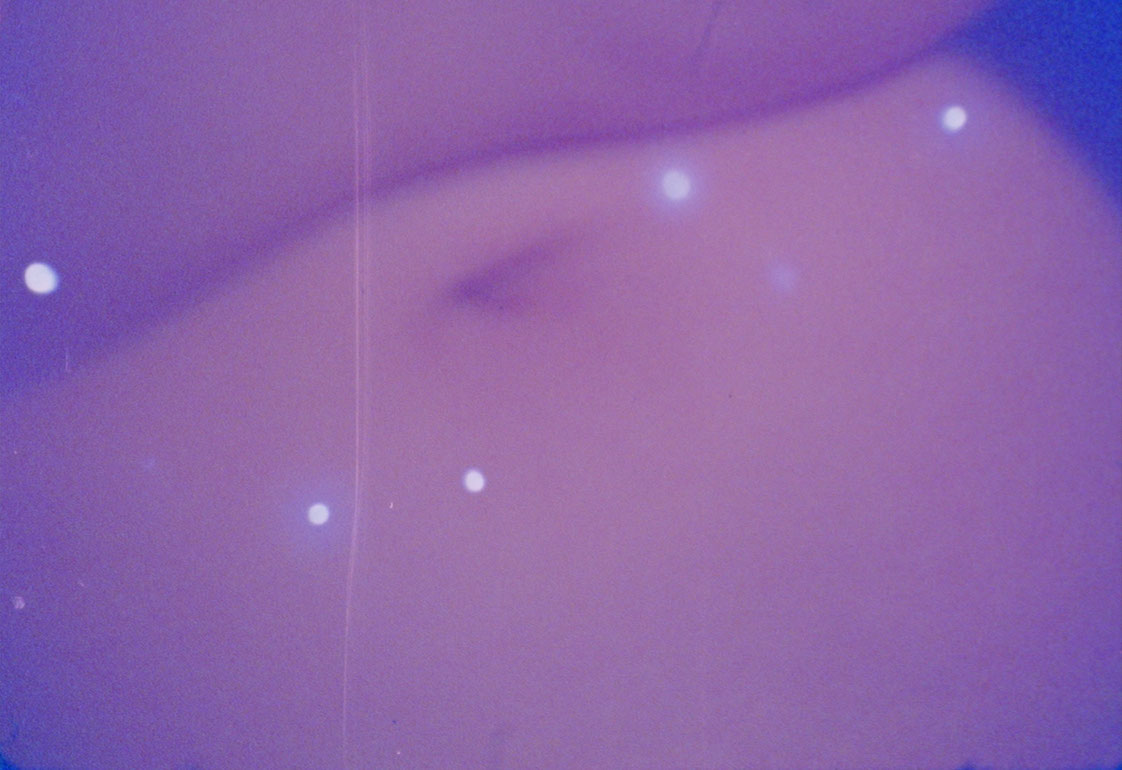 A magical lunar reverie filmed over four years on the days and nights of the full moon, this shimmering moving-image poem fluidly combines images of the saltwater Loch Carron in the Scottish Highlands and leafy Viennese forests. The two locations blur and bleed into each other, just as the film itself (shot on gloriously outdated analogue stock) wanders freely among human bodies and bodies of water. Transcendent, transfiguring, transformative.
(Neil Young VIS 2022)

Even in silence, the moon exudes light. Or perhaps especially in silence, which may be one of the reasons Daniela Zahlner’s magical film Upwards Tide begins its flow without a sound. It makes sense to get used to the bright spot of light, which is interspersed throughout the film, in something akin to its native environment – darkness and quiet – while the handheld analog camera is the only thing moving. Then we can dance with it better ourselves once the moon begins to bounce up and down, multiplied and superimposed, a ball of light and night punching delicate holes and entrances into worlds.
But, already in the next shot, we discover that the human body makes for a fine moonscape too, while a green-tinged belly, not unlike that of a creature just landed from the waters, rises like the tide with every breath. This is where water, wind, and sing-song voices begin to flow into the image as the filmmaker blends the lines between human and non-human with an insightful touch and ear. Soon we get our first glimpse of extraordinary figures recognizable as human by their shapes, but filled with images of the Scottish Highlands from within – nature and humanity inextricably knit together.
These bodies become one with the landscape through an action on the part of the filmmaker: superimposing images, peeling the world into layers, revealing the invisible and the imaginable as well as the unimaginable. So it is that shins and necks can now be made up of moss and lichen, as stones and brooks flow through legs and arms. A particularly beautiful image brings together a close-up of a face, one eye gently closed, with a purple slope of heather. What else could a body be if we gave it a chance, the time? Also, do places live in us or do we live in them? The film invites these questions and many more, as it  explores surfaces and memories, skin and form, color and metamorphosis, using time and film material as its tools, all under the moon as its guiding light. Yes, there is a tide in Daniela Zahlner’s film, the strongest one imaginable: It is the tide of being with, and never without. (Ivana Miloš)

The Italian word for moon is la Luna: its feminine form is especially apt for Daniela Zahlner's Upwards Tide, the satellite serving as the very hook upon which this magically dreamy experimental film collage hangs. The first images find it glowing in the night sky in its full state. It is difficult to tell whether the movement of the moon is due to its wandering across the sky or the shaky hand that captured it on film, but the brightly glowing point of light in the night appears to convey a message. Eventually it falls out of the picture and is succeeded by another – soon to be followed by a third and fourth moon.
This playfully surreal introduction unhinges the laws of the universe and prepares the audience for a film that plays on the power of the moon. The atmospheric film material was shot by the artist on full moon days and nights between 2017 and 2021, at the salt water shores of Loch Carron, in the hills of Kishorn in Scotland, and in woods near Vienna. At a certain juncture, the initial nocturnal silence is overtaken by the sound of the ocean as the camera leads away from the firmament to a body glowing in the moonlight. The focus shifts to a gently breathing belly, we then suddenly find ourselves in a room in which a naked woman lies backwards on an armchair. A voice whispers, "Do you remember how I felt, how my body felt? ", accompanied by a quietly rhythmic humming that erotically charges the images of the woman's body. At the same time, Zahlner makes it clear that in her "magical lunar reverie" the women are not only object but also the subject of the dreams. And so it is that we look at a landscape through the silhouette of a body and are presented, for instance, only with abstracted images of a navel and more intimate body parts closely nestled together. Zahlner's interplay of disparate images distills a deeply sensuous and partly enigmatic mood. But you don't have understand it all to feel the intense energy being transmitted between the moon, women's bodies, sounds and images of nature. (Christa Benzer)