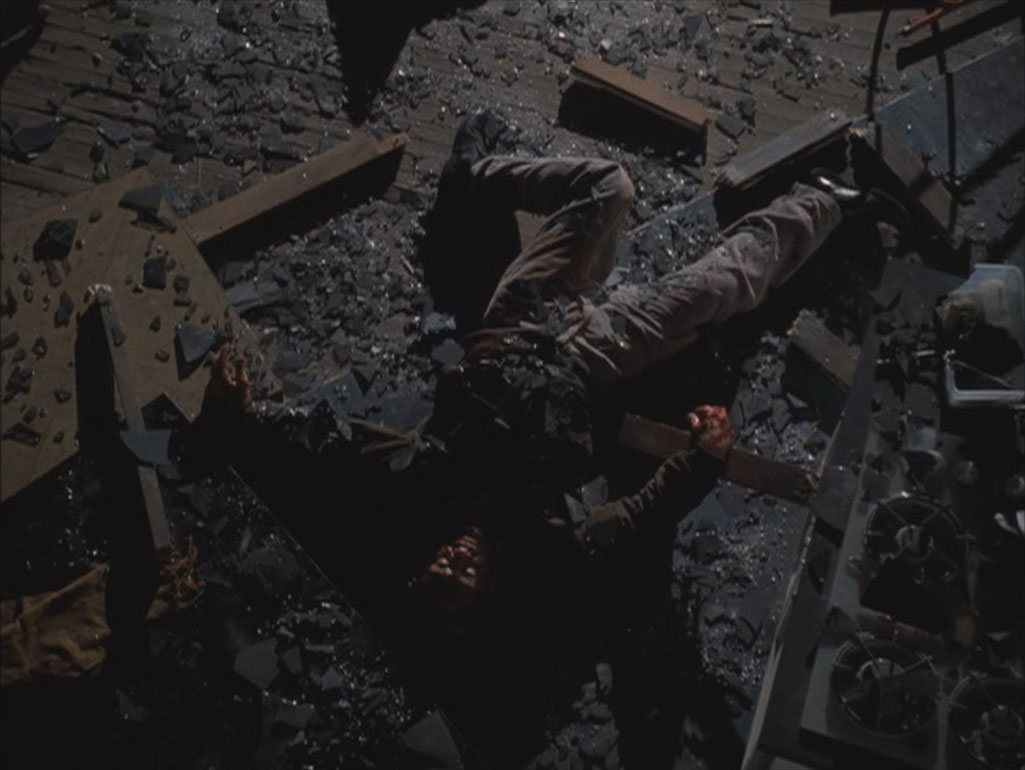 If Dead Again makes you think of the 1991 neo-noir-kitsch of the same title – forget about that! In Jan Soldat´s compilation short, the "again" – the retro-dynamics of repetition – takes you in a different direction. Dying is the name of the game. Normally, in a culture of enforced fitness, "alive again" is what you´re expected to be. But good, i.e., non-normal cinema is never just a matter of vitalism; rather, it grasps death as life and within life. Dying turns into a multi-faceted process in the 70 death-scenes of a Hollywood character actor compiled here: More remarkable than popular, slim-faced Lance Henriksen dies in historical epics, action and horror movies, in most cases focused on the one shot of his death.

Through repetition death becomes its own celebration, a fetishist ritual (rather than a ceremony of mourning) distantly reminiscent of the bizarre sex-play documentaries that Soldat is known for. Montage marches along, a breath-taking supercut, chains of motifs according to physical posture, murder weapon, body-part mutilated. Lance´s signature role as Bishop, the cyborg in Aliens, echoes in his many SciFi-death scenes, but also in the religious ("bishop-like") aura of scenes that show him lying in state, among them one with Lance as Lincoln. As of 2023, IMDb lists as being in production several films that feature the ever-dying actor (born 1940) who recently played Viggo Mortensen´s father in the latter´s Falling.

Dead Again forms a kind of dyptich with Staging Death, in which Soldat had paid tribute to Udo Kier´s death-scenes in 2022. If you compare the two obsessive moribunds – both frequently acting in horror trash, every now and then transpierced by a monster´s claws –, you see opposites: Soft-faced beau Udo, prone to operatic exits with grand last words, is opposed by leather-skinned Lance, who has always been old, it seems. On his dying lips, there is panting here, an arid "Kiss my ass!" or "Go fuck yourself, kid!" there. In this way, a little sex enters the picture through the backdoor of punky gestures. (Drehli Robnik)