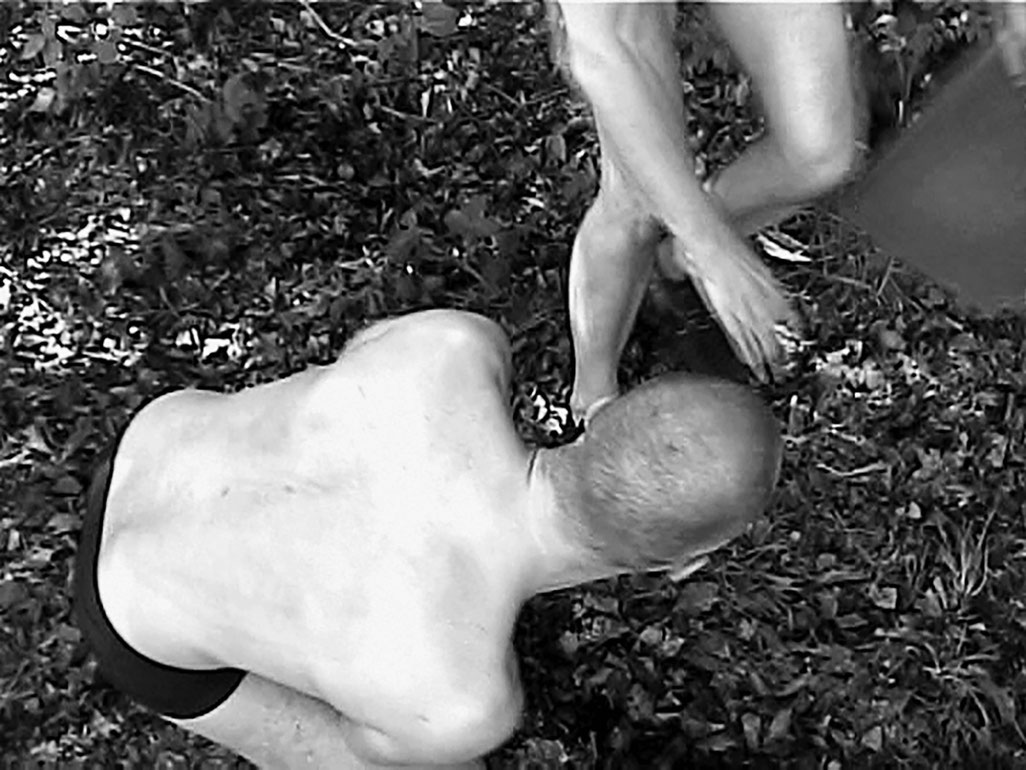 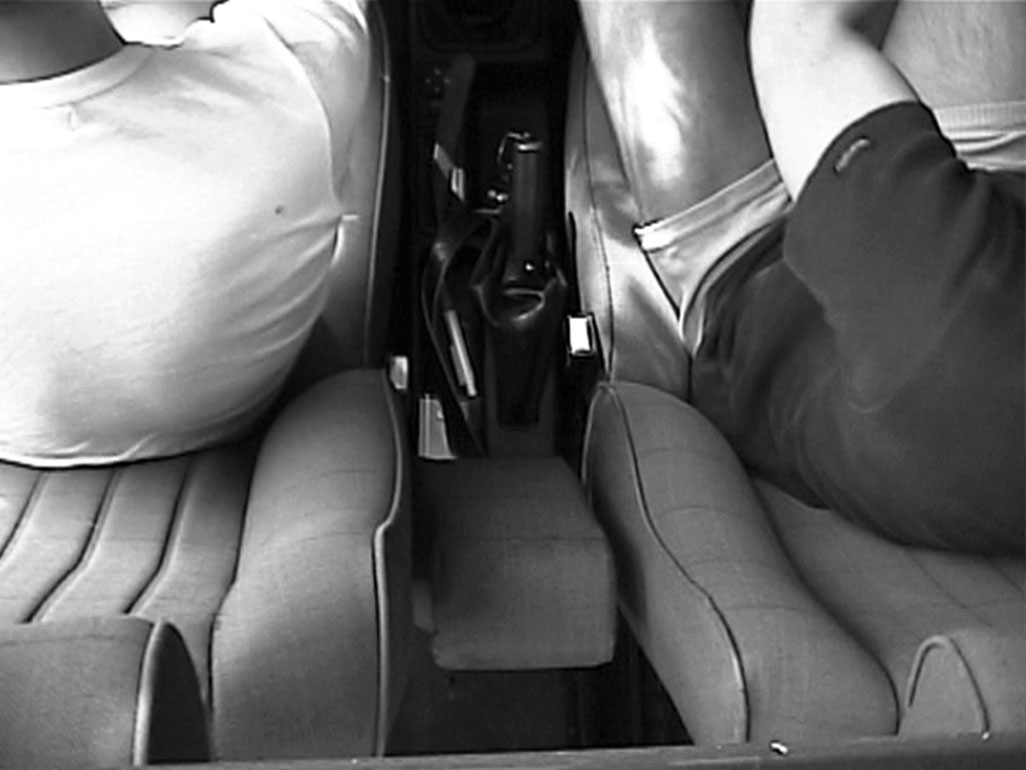 A car stops at the roadside. While still sitting in the car, the driver and passenger, two middle-aged men, remove their clothing deliberately. One then ties the other´ s hands with his belt and roughly drags him out of the car. What follows is a gestured lecture, a rather unusual discussion of two men dressed in underwear.
(Josef Dabernig)

Two men strip to their underpants in a car. The older one ties the hands of the younger one with his belt and forces the younger man to kneel. Then he strikes him across the back with the car´s foot mat and kicks him. Parking is a film about blame. Someone has given someone else the right to inflict punishment, or someone has arrogated that right to himself. The victim makes not the slightest protest, accepting the verdict in complete calm. Aside from the action of guilt and punishment, they remain completely indifferent to each other. The portrayal of such vivid interaction is an exceptional case in the work of Dabernig.
(Maria Anna Potocka)