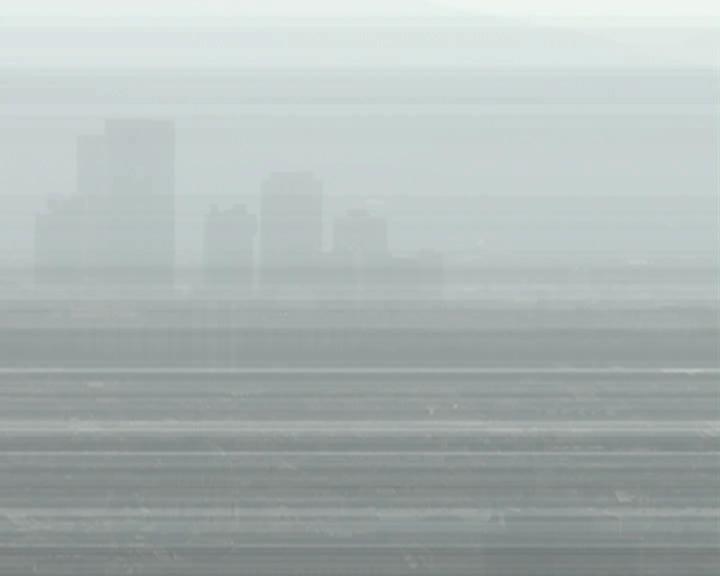 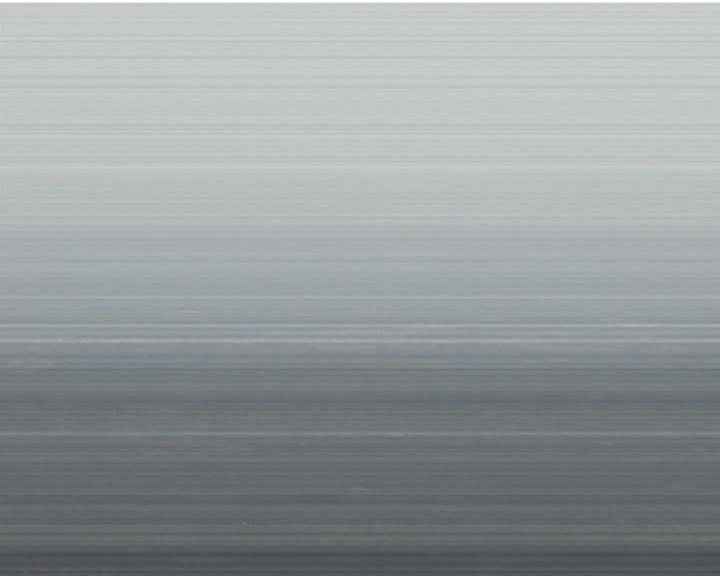 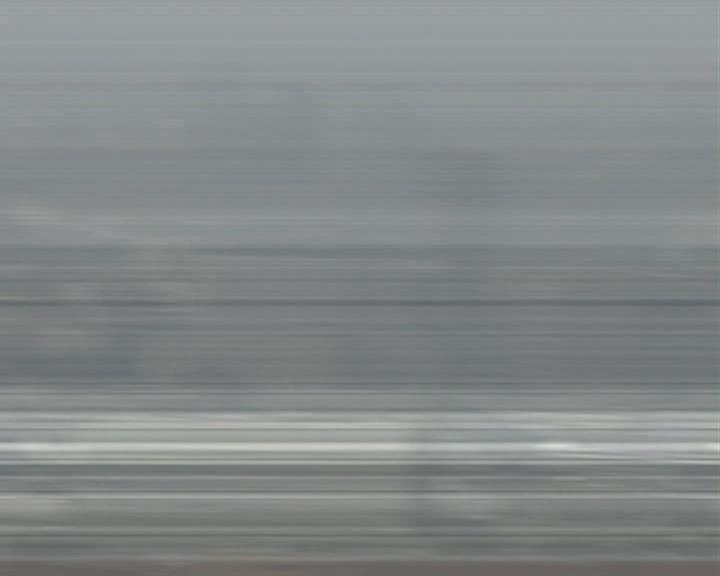 A city´s horizon. In violent movements, first left, then right, a pan across the horizon, it is scanned, searched, the movement stops abruptly, then accelerates, zooming into the city´s core. But the city does not become visible, remaining unrecognizable behind the image. This is the perception of an apparatus making innumerable attempts to capture, recognize and possibly understand, all of which fail. The gaze of the apparatus systematically obstructs itself, its electronic field of view is subjected to interference from the material, frequency interference, static, an absence of information. In addition the picture is extremely fuzzy, making no more than a mere guess at the motif possible. These errors, this omission and obstruction, they create, give shape to the subject, the vague representation. They call attention to the apparatus itself, make its presence tangible, its optical inadequacy, its visual difference is at the same time its esthetic project.
Shannon´s law concerning entropy and information may be applicable: A maximum of information entails/creates a maximum of interference. Likewise the peeping sound is familiar with only two states, fast and dotted. It seems to drive the image and its search on, in vain. When the movement slows near the end and the veiled city almost completely dissolves into a diffuse gray, the viewer´s own perception may be overcome with a certain uneasiness, a product of the uncertainty felt when wondering who made an attempt to recognize something.


The city is arbitrary. Viewing over the roofs, automatically, one tries to track down and locate characteristics of a city. By means of optical devices, one zooms down to familiar measures and puts in relation significant reference points of the city - so called Landmarks.
The panning of the camera lets the city surface appear abstract. After having found an urban spatial point, at the same time the search for others starts anew. The observer moves the view-finder from one city sign to the next without pausing for long. In parallel, he arranges within the mind all spatial information anew. With the movement of a scanner, one experiences the cityscape as two dimensional skyline, which blends into the horizon.