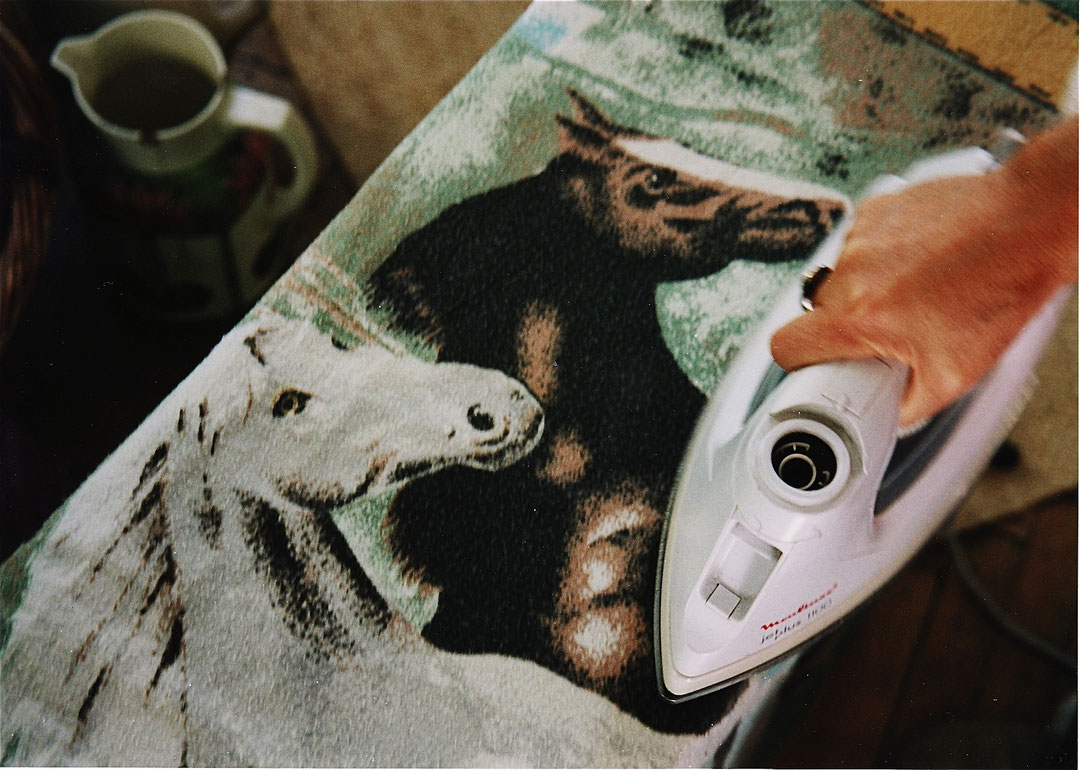 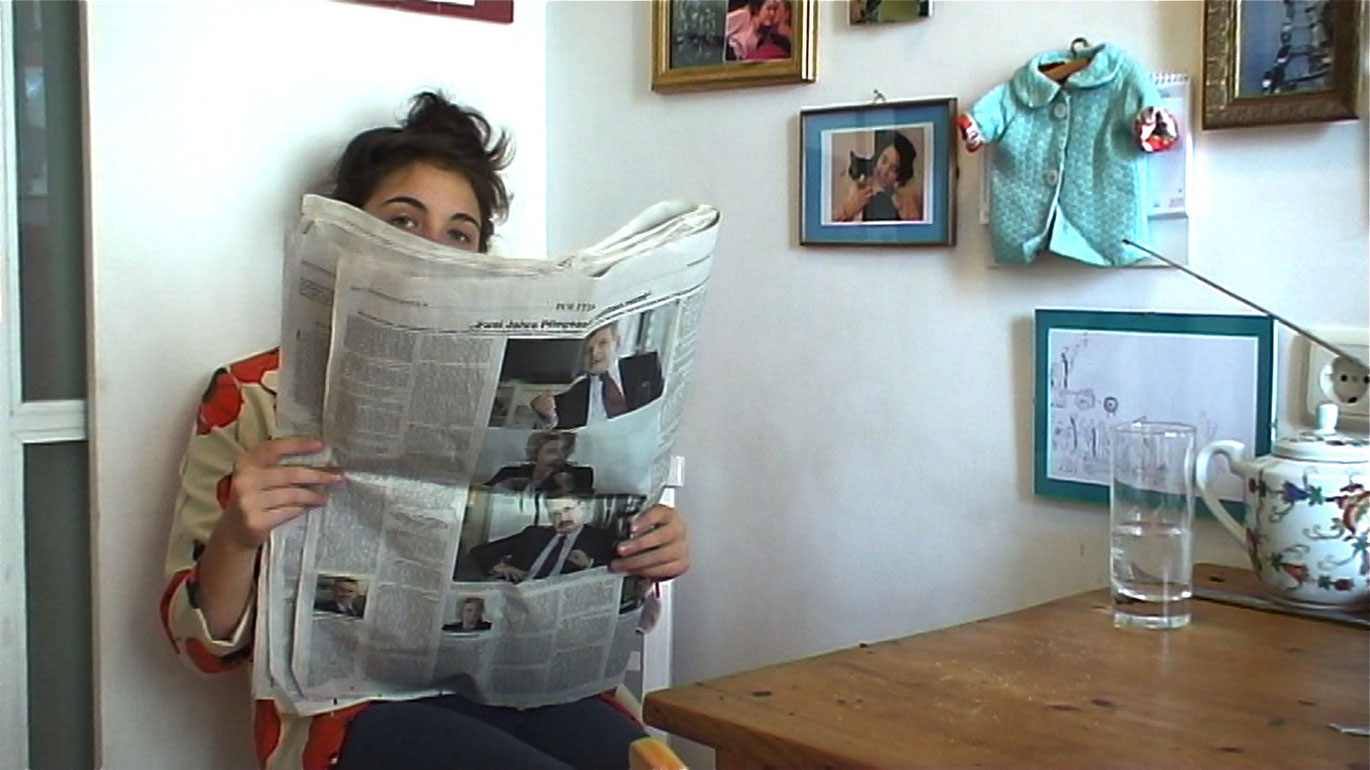 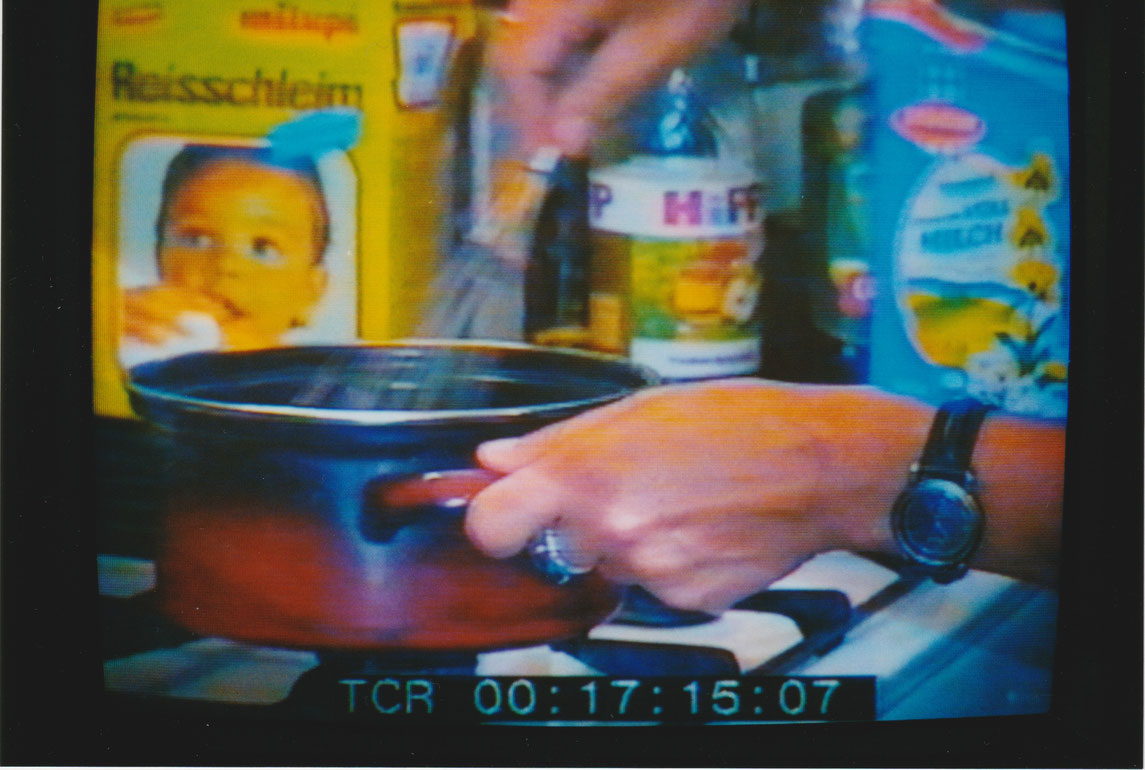 Work is not the first thing that comes to the mind of the goddess of happiness. Karin Berger´s film begins with gaudy pink letters: O! Fortuna! The subtitle work in progress draws a connection to the topic of work in the documentary filmmaker´s autobiographical piece. The title originates from Carl Orff´s Carmina Burana. The repetitive rhythm of the choir music drives on the images in an old, urban apartment throughout the entire film. More than twenty years of everyday life pass in the film´s twelve minutes. Living room, a balcony as border to the outside, from time to time the sky, and a view over Vienna.

In the form of six miniatures of everyday life, the filmmaker documents her life as a single parent from the birth of her daughter in 1991 to her daughter’s departure from the home they shared. The relationship of image and sound generates a tension that harnesses the film within the coordinates of time, happiness, and work. Words are few, as are contacts. Changes, feelings, and demands are told through gestures, things, bodily routines, and objects. A romper suit, diapers, socks hanging on the line to dry, eggs in the pan, and a chamber pot. The pathos of the music caricatures the banal, everyday maneuvers. Life with an adolescent is symbolized by the slamming of a door, and a cellphone message: "what´s for dinner?" The living space changes through the arrival of a child and also through her departure many years later. Workers lend a hand renovating the balcony. Happiness is fleeting, but sometimes it lingers like the camera on the face of the sleeping girl. With infectious irony, O! Fortuna! is about the desire to be the best mother, a mother who is good enough—even though she loves her job and her wallet is never full—to make all of her daughter´s wishes come true. (A horse!) Towards the end of the film, a spool of film and a film strip slip through Karin Berger´s hands and point, as does the silhouette of a woman with a camera in a quote of Vertov, to the practice of filmmaking, which even after life with a child, continues. (Monika Bernold)