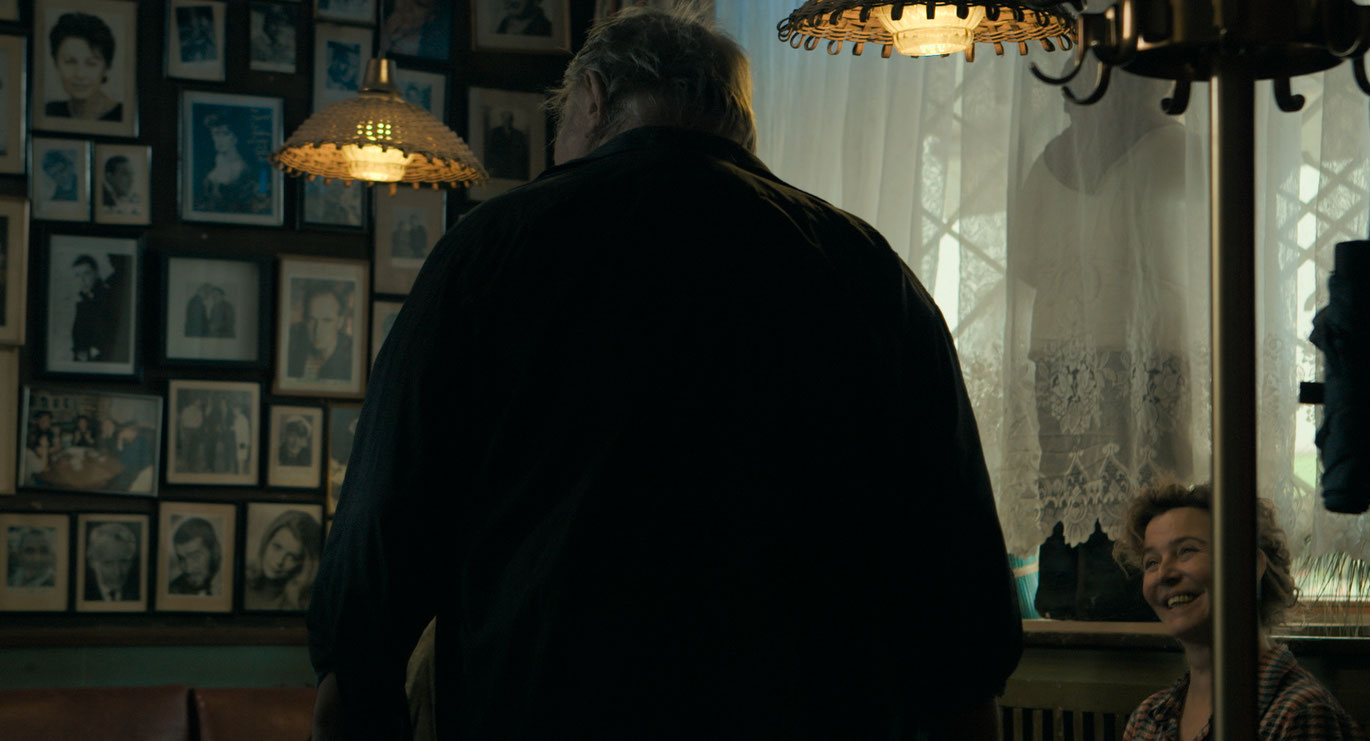 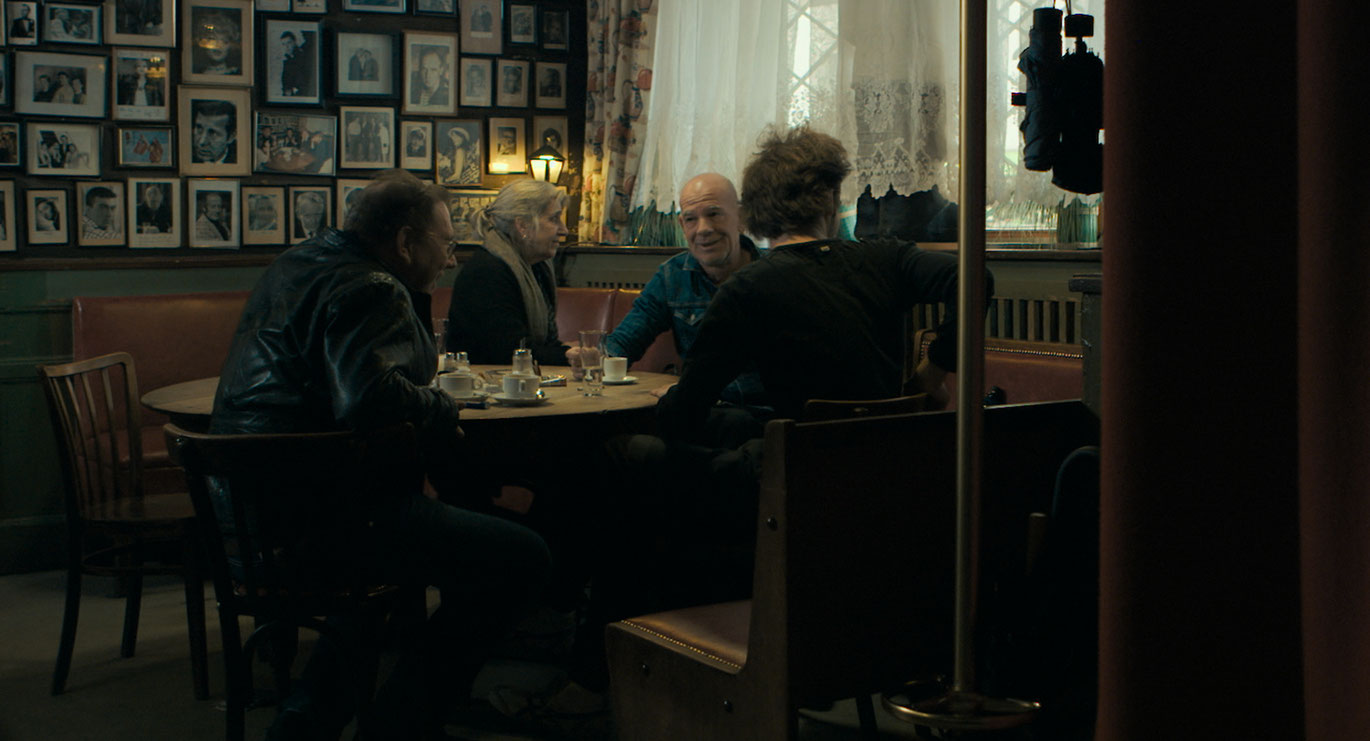 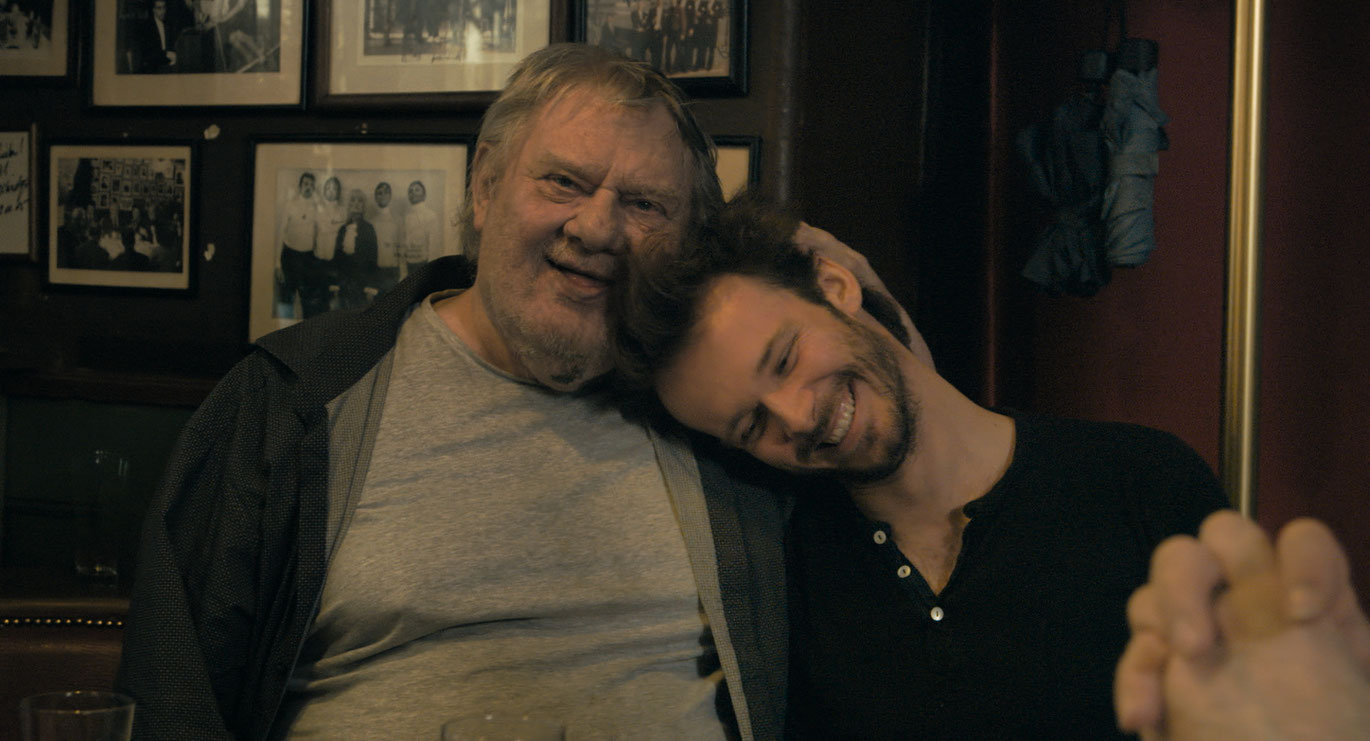 “Do you know what a Liberal is? A Nazi without a spine!”, Volker Spengler once said. This story is told at one of the tables of Berlin’s Diener Tattersall, where the filmmakers have gathered several of the celebrated actor’s companions. Over the course of the film, these people – actors, directors, musicians, and leading figures of the film, performance and theater scene – tell anecdotes about Volker Spengler, reminiscing of their first encounters and embarrassing moments, their admiration and irritation. It remains unclear as to who is sitting with whom. The montage by and large creates a cinematic space of its own in which everyone can potentially talk to and listen to everyone else. This space always seems to exist a little outside of time, or indeed, in its own mythical between-time. Many memories linger on: the fact that he always smelled nice; his paradoxical potential to be very tender and yet massively rude; his uproarious, rasping laughter; that he was no liberal.

HIGHFALUTIN is not just a film about Volker Spengler, who worked with Rainer Werner Fassbinder, Christoph Schlingensief, and René Pollesch, and whose role as Elvira Weishaupt in In a Year with 13 Moons is probably one of the most impressive acting performances in German post-war cinema. Volker Spengler, who was still alive at the time of shooting and in some scenes is also to be seen at the table, is the focus of the film. Everything revolves around him; because of him, people find each other. And yet it is primarily the speakers themselves who reveal themselves in front of the camera. In their intonation and facial expressions, whether it be the strained pose of recitation or an effusive, unrestrained contribution, an overemphasis of ego or a more modest withdrawal, the film is rather a study in the forms of survival, in the way that stars, myths, and personalities continue to live on in the narratives. These never revolve only around the person being remembered, but also around those who do (or don’t) want to, should, may, or must be remembered along with the departed. (Alejandro Bachmann)

A bar full of people talking about Volker Spengler. HIGHFALUTIN is an attempt to create such a utopia, a simple "what if."
Besides working in New York with experimental filmmaker Jack Smith, Spengler collaborated with many of the most important figures in post-war German film and theater: from Fassbinder to Schlingensief as well as Fritz Kortner and Heiner Müller. While rehearsing with the talented young actor, Kortner summed up his anarchic talent best: "Spengler, you are the downfall of Western civilization."

World famous at least since his role as the transsexual Elvira Weishaupt in Fassbinder's IN A YEAR WITH 13 MOONS, Volker Spengler is the impetus behind but not the only subject of this little documentary-cum-chamber play set in his favorite West Berlin bar and second home, Diener Tattersall. A wide array of friends gather to discuss the sometimes indistinguishable legends and facts. Avoiding causal connections and the trappings of a typical "bio pic," it is an attempt to do justice to our friend Volker—"walking social criticism" as Klaus Emmerich affectionately called him— through collective narration. A family gathering that definitely never took place this way.

Because Volker Spengler doesn't fit into any joke, anecdote, or film. Even this one. (production note)