My friends are the birds... 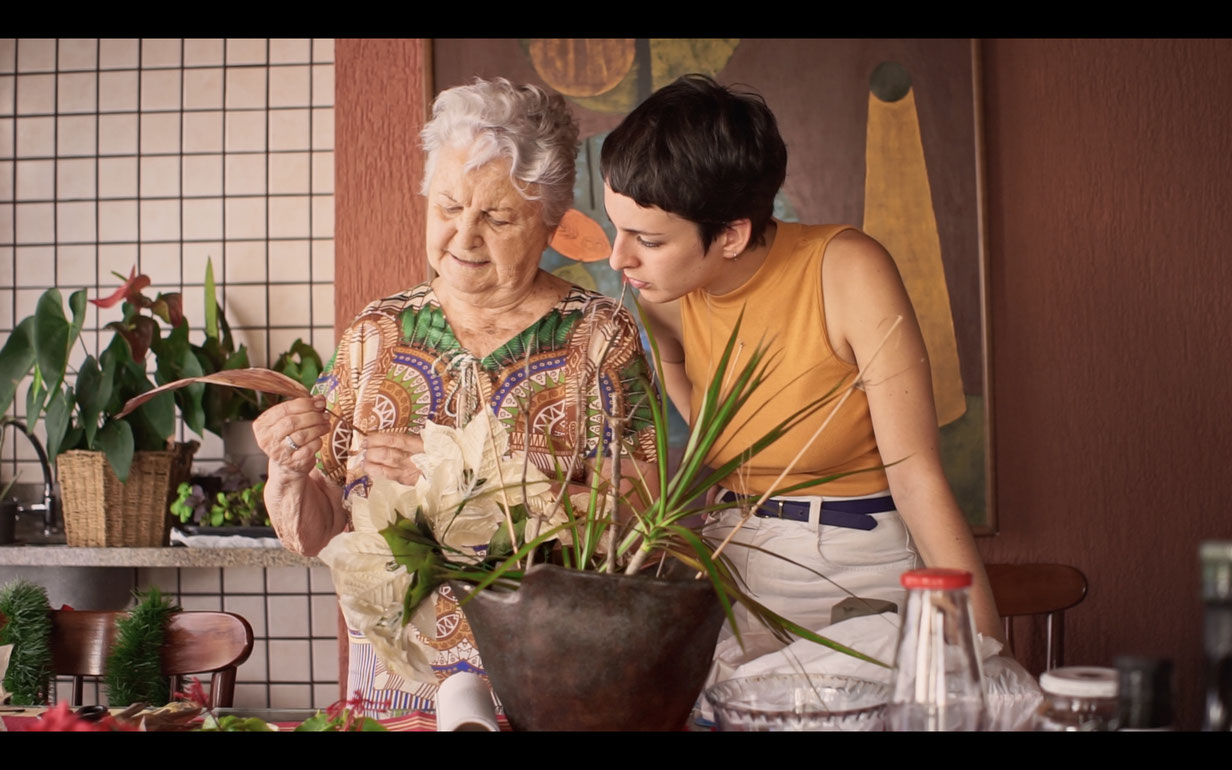 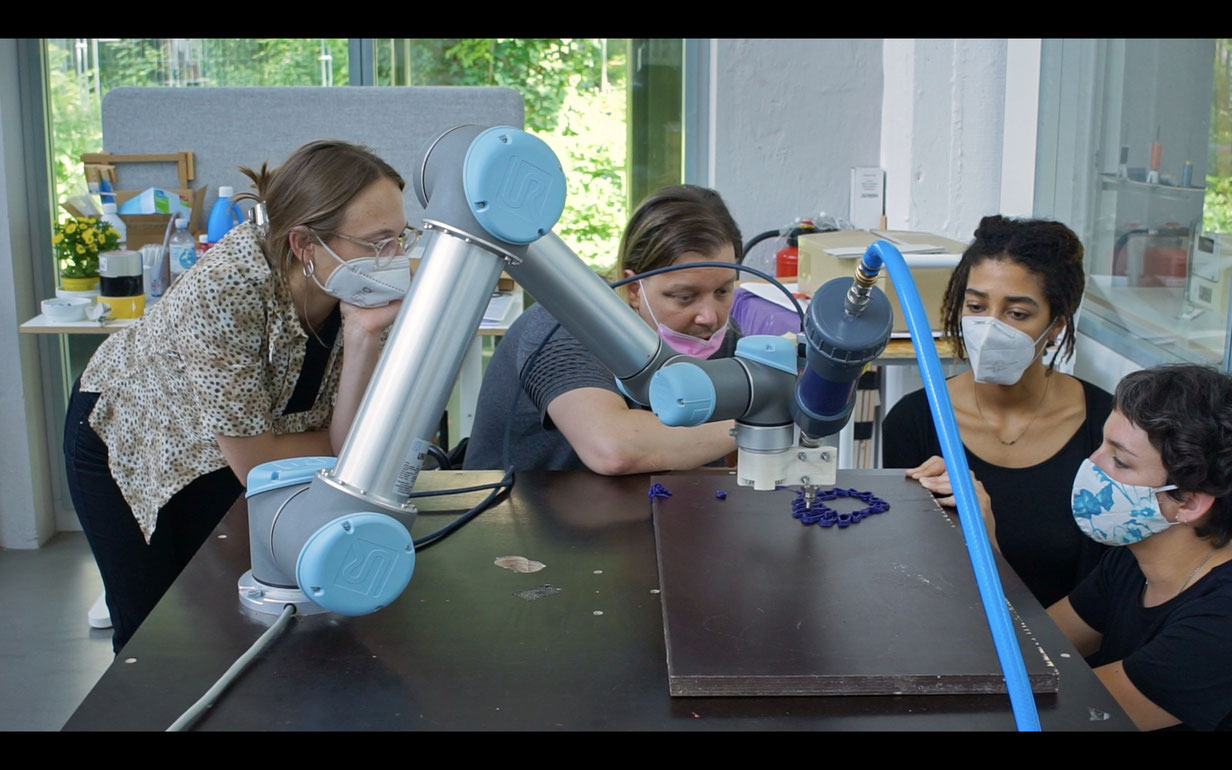 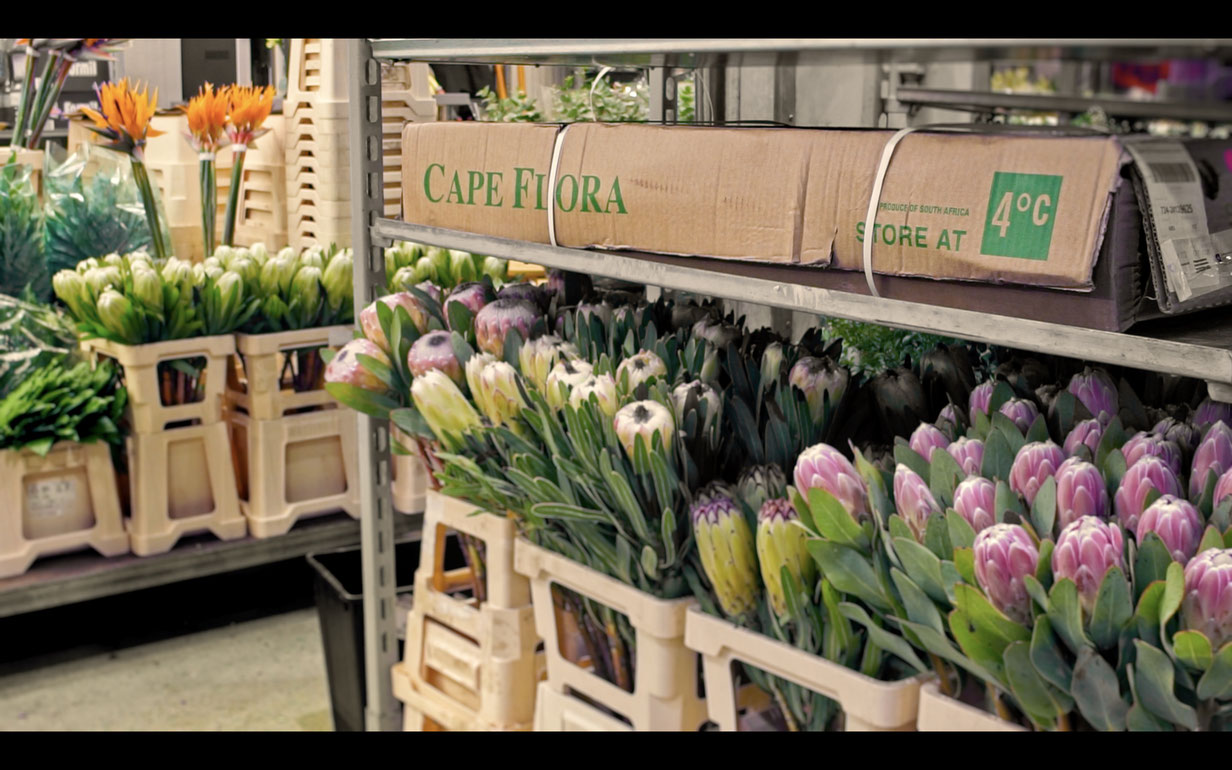 The importance of finding community – even in unexpected places – is a common thread running through Vitória Monteiro's film. In the dialogue between grandmother and granddaughter – the filmmaker herself – a thoughtfully arranged network of references emerges, similar to a flower arrangement. Feminized labor, technology, ideas of nature and femininity, the transmission of knowledge across generations, neocolonialism, and flowers (the main theme of the film) – all of these are conceptualized together.   Over the course of several meetings, the grandmother opens up to her granddaughter in front of the camera. She tells of her loneliness and of having found her autonomy by working with flowers and making friends with the birds and butterflies. Hence the title of the film, Mis amigos son los pájaros.... The granddaughter, of generation online feminism, reports in a voiceover about her own experience of having access to a community through the internet, and along with it, feminist perspectives, exchange, and encouragement. The film images reflect this encounter and can partly be seen as a double projection. Demo footage of the Ni una menos protests from 2015 becomes visible, while in-between, animated flowers begin to sprout into the picture and take their place – insistently, as a disturbance, as a glitch. The glitch could signify the courage to create new worlds and expand the existing one.

Reference is also made to the film Love, Women and Flowers (1988) by Marta Rodríguez and Jorge Silva, which documents the neocolonial flower trade. This work with flowers, which the grandmother also passes on to the granddaughter, is shown in another possible glitch version towards the end of the film: a person who works with regional plants and “waste”. Arrangements are created from leaves and the greenery that doesn’t usually end up in the final product. The floral scraps, like the persistently proliferating digital glitch flowers, entwine and frame the film, coalescing into queer-feminist ideas of new forms of community that aren’t afraid to be utopian. (Daniela Zahlner)